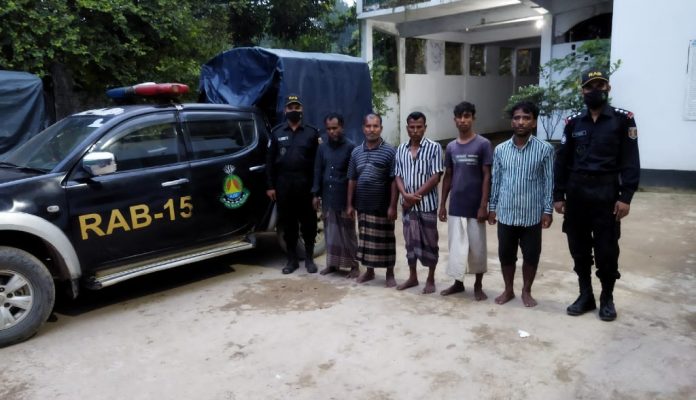 The arrested were identified as Rashid Ullah, Amanat Karim, Nasir Uddin, Saiful Islam and Shaidur Rahman, residents of different areas in the district of Cox’s Bazar and Chittagong.
Acting on a tip-off, a RAB team raided a fishing trawler in the deep sea area around 12:30am and arrested the men with the large consignment of contraband yaba pills, said Tanvir Hasan, deputy commander squadron leader of RAB-15.

The next legal action is being taken against them, the RAB official added.