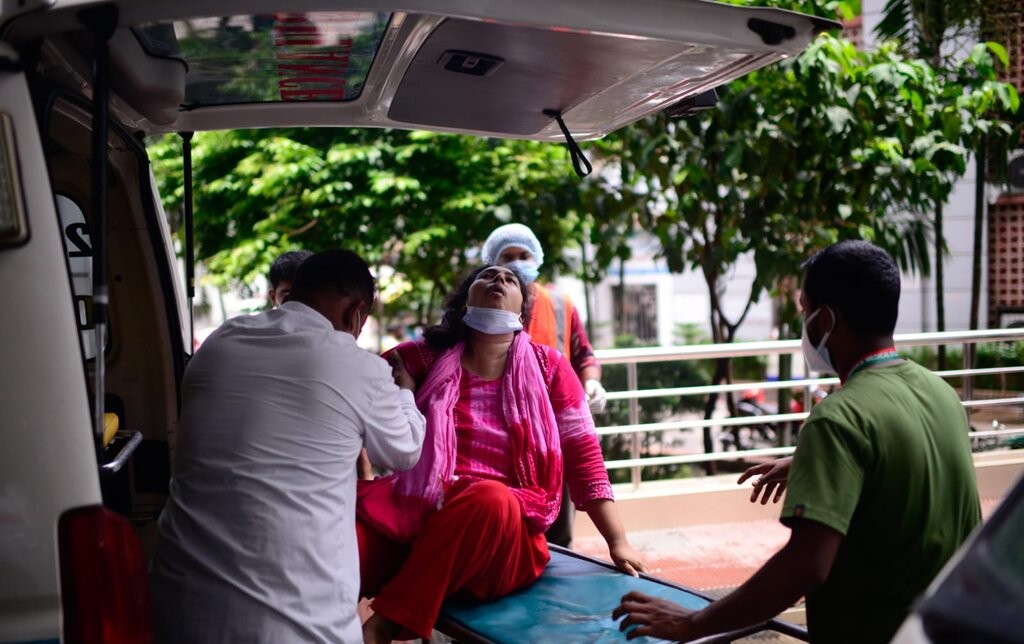 Bangladesh tallied another 31 deaths from coronavirus and 1,233 new infections on Friday.

Besides, 1,413 more patients recovered from the disease in the 24 hours between 8am on Thursday and 8am on Friday, according to the Directorate General of Health Services (DGHS).

As many as 27,141 samples were tested during the 24-hour period, yielding an infection rate of 4.54%. The overall infection rate in the country stands at 16.18%.
The seven-day moving average of single-day deaths in Bangladesh was 31.57 on Friday.

Dhaka counted 16 deaths, the highest among the eight divisions, followed by Chittagong with eight fatalities.

Rajshahi and Rangpur each reported two fatalities, while Khulna, Mymensingh and Sylhet each registered one death.

All 31 of them died at different hospitals across the country.
Of the new patients, Dhaka logged 886 cases, the highest among the divisions, followed by Chittagong with 129.

Meanwhile, the latest figures have put the recovery rate at 97.4% and the mortality rate at 1.77%.

Around 23.87 million people in the country have received their first dose of Covid-19 vaccine; of them, some 15.78 million have taken both doses, the latest DGHS data show.

The fast-spreading coronavirus has so far claimed over 4.74 million lives and infected more than 231.49 million people throughout the world, according to Worldometer.
More than 208.18 million people have recovered from the disease, which has affected 223 countries and territories across the planet.