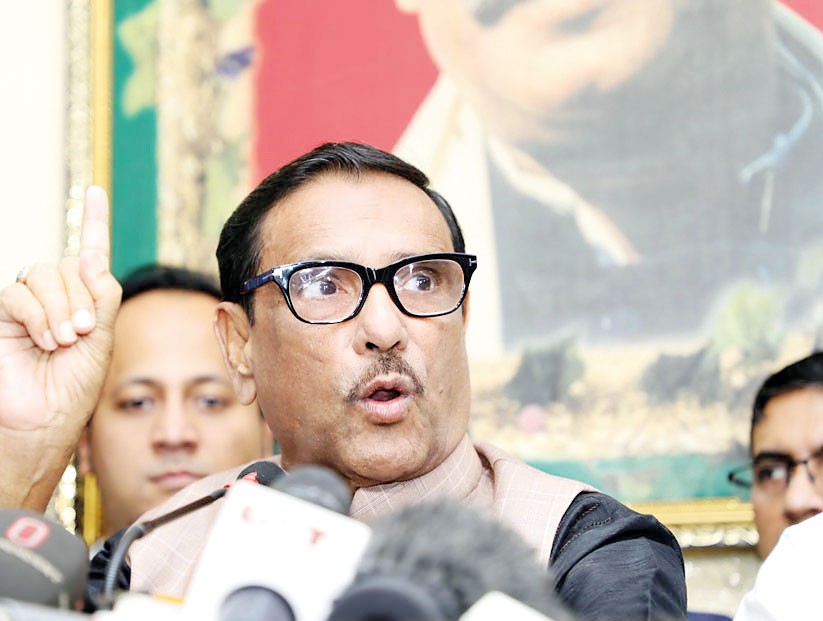 BNP’s series of meetings are part of a larger conspiracy, he alleges

Awami League General Secretary Obaidul Quader has said that the BNP is jealous of the development activities carried out by the government.

He was addressing, as the chief guest, the triennial council of Awami League’s Chapainawabganj municipality unit joining it virtually.

Quader, also the Road Transport and Bridges minister, said the BNP is envious as Prime Minister Sheikh Hasina is implementing development projects one after another including Padma bridge, metro rail, elevated expressway, Karnaphuli tunnel, underpasses, and upgrading highways to four or eight lanes while reaching electricity to the doorsteps of people.
He said: “BNP leaders are making absurd comments as they cannot tolerate these development works.”
The ruling party’s second man also called upon the party leaders to provide scopes to devoted workers of the party who have stayed beside the AL during its dire need.

He threatened that the public representatives found involved in wrongdoings, drug trading, and terrorist acts will not get the party’s nomination in any elections in the future.
Mentioning that the country’s democracy is not safe at the hands of the BNP, the minister said that the party does not do politics for the country’s people, but for the looters.
Quader said: “Talking about waging movements doesn’t suit the people, who could not bring out a single effective procession on the streets for the party’s chairperson.”

He also described the BNP’s series of meetings between the party’s policymakers and the senior leaders as a series of conspiracy.

As the people boycotted the BNP, they fear to join the polls. This is why the BNP is spreading propaganda centering the elections, he added.