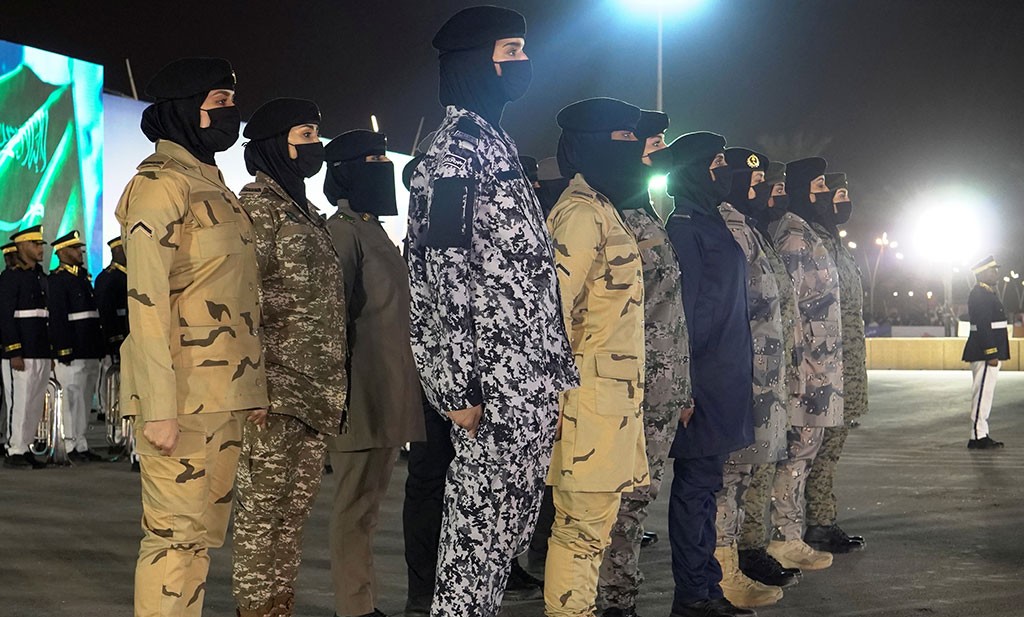 Women took part in the annual Saudi National Day military parade for the first time in the Kingdom’s history on Thursday.

The Ministry of Interior, in collaboration with the General Entertainment Authority (GEA), had organized the event in the capital Riyadh. A similar parade was also held in the city of Jeddah.
Hundreds of Saudi nationals and residents attended the event, and waved the Saudi flag and cheered as the soldiers marched on.

Saudi National Day is celebrated annually on September 23 to mark the renaming of the Kingdom of Nejd and Hejaz to the Kingdom of Saudi Arabia in 1932 following a royal decree from King Abdul Aziz Ibn Saud.
The GEA organized dozens of activities and events that will take place to mark the occasion, starting from September 23 to 25. The Ministry of Health urged all citizens and residents to adhere to precautionary measures throughout the celebrations to prevent the spread of Covid-19.

In February, Saudi Arabia’s Ministry of Defence announced that women could now apply for positions in the military through their unified admission portal.