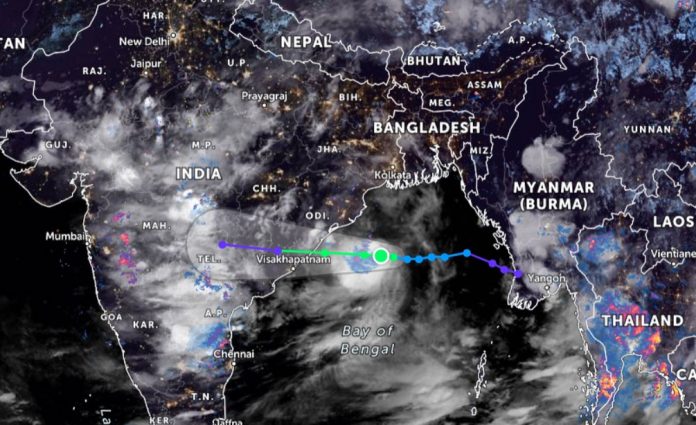 It is expected to hit India’s Odisha, Andhra Pradesh on Sunday

The deep depression over the east-central Bay of Bengal and adjoining areas has moved westwards and intensified into Cyclone Gulab.

The Bangladesh Met office has advised the maritime ports of Chittagong, Cox’s Bazar, Mongla, and Payra to hoist distant warning signal No 2.

The maximum sustained wind speed within 54km of the cyclone centre is about 62kmph, rising to 88kmph in gusts and squalls. The sea will be very rough near the cyclone centre, it said.
All fishing boats and trawlers over the North Bay and deep sea have been advised to remain close to the coast and proceed with caution. They are also advised not to venture into the deep sea.
Cyclone Gulab is likely to hit the coast of India’s Odisha and Andhra Pradesh by Sunday, says the India Meteorological Department (IMD).

The “orange” alert is issued as a warning of extremely bad weather with the potential of disruption in commute with road and rail closures, and interruption of power supply.