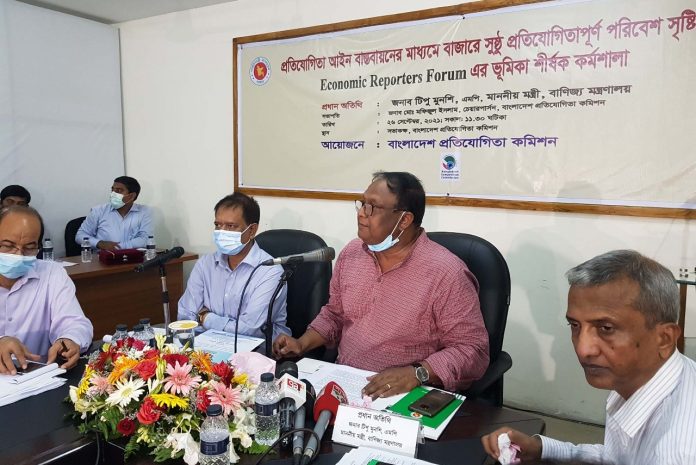 Commerce Minister Tipu Munshi on Sunday revealed that he himself fell victim to a scam by an e-commerce outlet, after ordering cattle during last Eid-ul-Azha through an online platform.

“I paid around Tk1 lakh for one (cattle) last Eid. But the one I received resembled nothing like the one I had ordered,” said the minister

He said this while attending a workshop on the role of the Economic Reporters Forum (ERF) towards creating a fair competition environment in the market through the implementation of the competition law.

The workshop was held at the office of the Bangladesh Competition Commission in the capital’s Eskaton area, where the minister was the chief guest.
During his speech, he also said that every new sector had challenges to face and the government wants to ensure that the e-commerce sector operates overcoming those challenges.

According to the minister, the sector has great potential. However, consumers need to be aware of giving into deals that are too good to be true.
Some e-commerce platforms like Evaly and Eorange offered people motorbikes in astonishingly low prices, like Tk1.5 lakh for a bike which cost Tk2.5 lakh in general, which was quite impossible.”

He also underscored the effective coordination between regulatory bodies and enhancing its capacity and sought the Bangladesh Competition Commission’s intervention.

During the event, the commerce minister also urged the media to actively raise awareness among the people regarding such scams, citing that awareness needs to be increased as businesses are taking advantage of the purchasing power of the people.

Bangladesh Competition Commission Chairperson Md Mofizul Islam, who also presided over the event, said that the commission has been trying to strengthen itself through increasing manpower and ifthere is fair competition in the market, the economic growth would be accelerated and become sustainable.

Bangladesh Competition Commission’s member Dr AFM Monjur Kadir gave the address of welcome while commission member GM Saleh Uddin made a power-point presentation on the overall aspects of the commission.