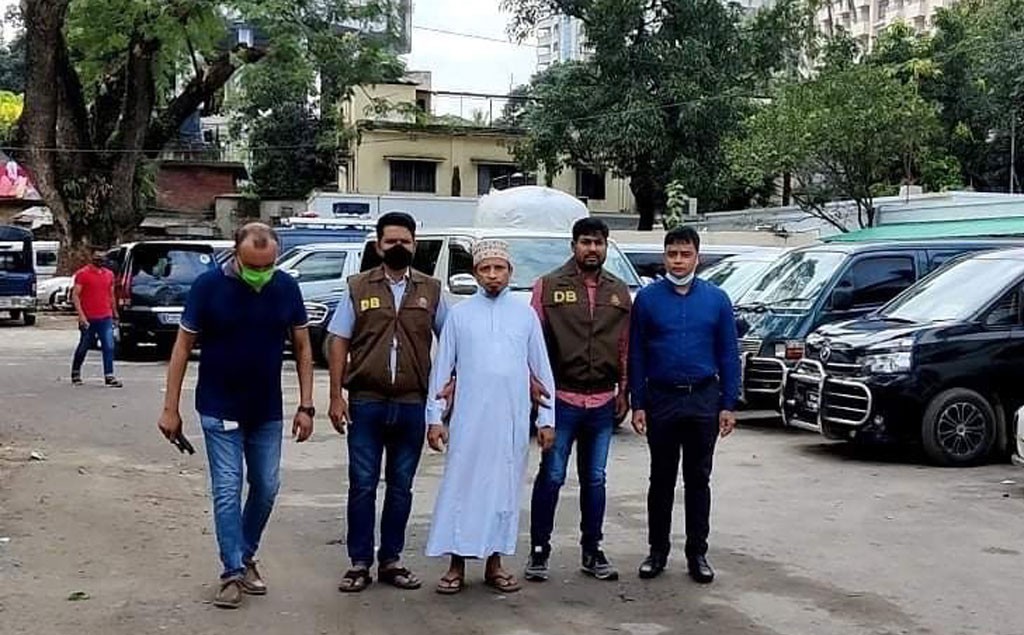 The controversial preacher first gained notoriety for his remarks on Antarctica, claiming it to be a continent hidden by global superpowers

The controversial speaker was picked up from his Mohammadpur residence at around 2am on Tuesday.

Confirming the matter, DB chief AKM Hafiz Akter said there are allegations against Ibrahim of spreading propaganda.
He makes unusual remarks on Facebook, YouTube and at waz mehfils, which mislead people. We took him to the DB office as we want to quiz him on the allegations brought against him,” said DMP Additional Commissioner Hafiz.

Ibrahim first gained notoriety due to his remarks on Antarctica, claiming it to be a continent hidden by global superpowers. He also once said that men were developing feminine voices, while women were growing beards as side-effects of taking Covid-19 vaccine.

Before being detained on Tuesday, Ibrahim in Facebook Live said some plainclothesmen were knocking at his door to take him away.