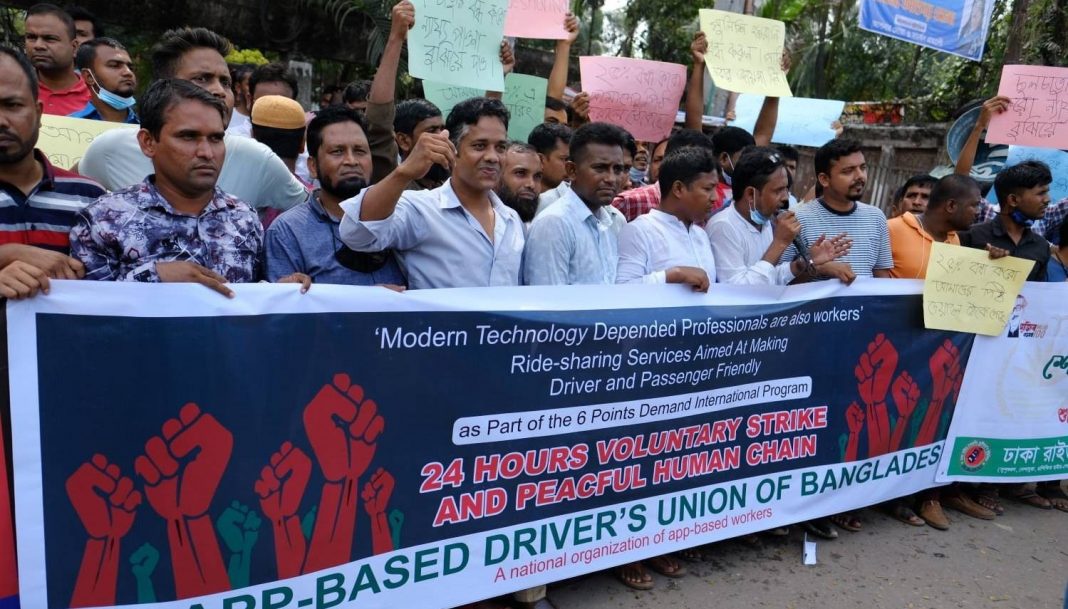 DRDU starts observing strike from 12:01am on Tuesday

The Dhaka Ridesharing Drivers Union (DRDU) has called a 24-hour strike across the country to press home their six-point demand, which includes an end to police harassment.

DRDU started observing the 24-hour strike from 12:01am on Tuesday.

No ride-sharing drivers were visible at Karwan Bazar, Bangla Motor, Shahbagh, Matsya Bhaban, Segunbagicha and Purana Paltan in Dhaka, according to media reports.
The six-point demand are — to end all sorts of police harassment, recognize app-based riders as workers, and set commission at 10% instead of 25% for all types of rides, organize parking space for ridesharing vehicles in Dhaka, Chittagong, and Sylhet, exempt the listed ridesharing vehicles from Advanced Income Tax (AIT) under public transportation, and return the AIT collected from the listed vehicle owners the previous year.
We share a ride in the rain and the sun. We pay a 25% commission on our earnings, which is extremely high. But the regret is that so far we do not know whether the ride-sharing is a service or a trade?” Belal Ahmed Khan, general secretary of DRDU, told an English daily.

“We are still not considered workers. In the last five years, the government has been unable to develop laws for app-based ride-sharing. As a result, we are hounded and denied our rightful pay,” he added.

In addition, in the morning, the organization formed a human chain in front of the National Press Club in the presence of over a thousand bikers.