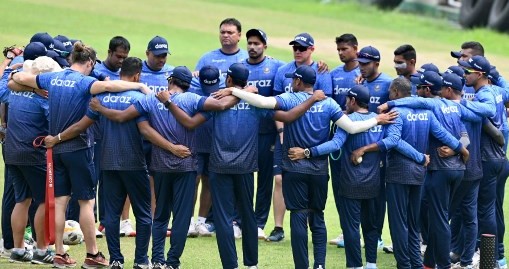 Former Bangladesh cricketer and member of the national selection panel Abdur Razzak believes Bangladesh will be able to produce a good result in the upcoming T20 World Cup, scheduled to start in Oman and the UAE on October 17.

The tourists will have a practice camp in Muscat before travelling to the UAE for the official practice games against Sri Lanka and Ireland on October 12 and 14 respectively.

National selector Razzak’s confidence is driven from the belief that they are sending the best possible team for the world event.

“We are sending the best team possible [for the T20 World Cup]. I will expect a good result. I do not want to particularly mention the result we are hoping for. I willof course be happy if we could finish as the champions. I believe everyone will feel the same way. I want Bangladesh team to do well,” said Razzak to the media at Mirpur Sher-e-Bangla National Cricket Stadium Saturday.

Two members of the Bangladesh squad – Shakib al Hasan and Mustafizur Rahman – will join the team in Oman following their respective duties in the ongoing Indian Premier League T20 in the UAE.
As part of the preparation for the T20 World Cup, set to take place between October 18 to November 15, Bangladesh played three T20 series, and won all of them.

They started the winning trend in Zimbabwe with a 2-1 victory and then in Dhaka they defeated Australia 4-1, followed by a 3-2 series victory against New Zealand.

Bangladesh will begin their T20 World Cup campaign by playing the qualifiers first.
Bangladesh in the first phase of the competition have been slotted in Group B and will contest with co-hosts Oman, Papua New Guinea and Scotland.

In the first game of round one, Bangladesh will take on Scotland on October 17 at Al Amerat Cricket Stadium in Muscat.

Bangladesh will then face Oman and Papua New Guinea on October 19 and 21 respectively at the same venue.