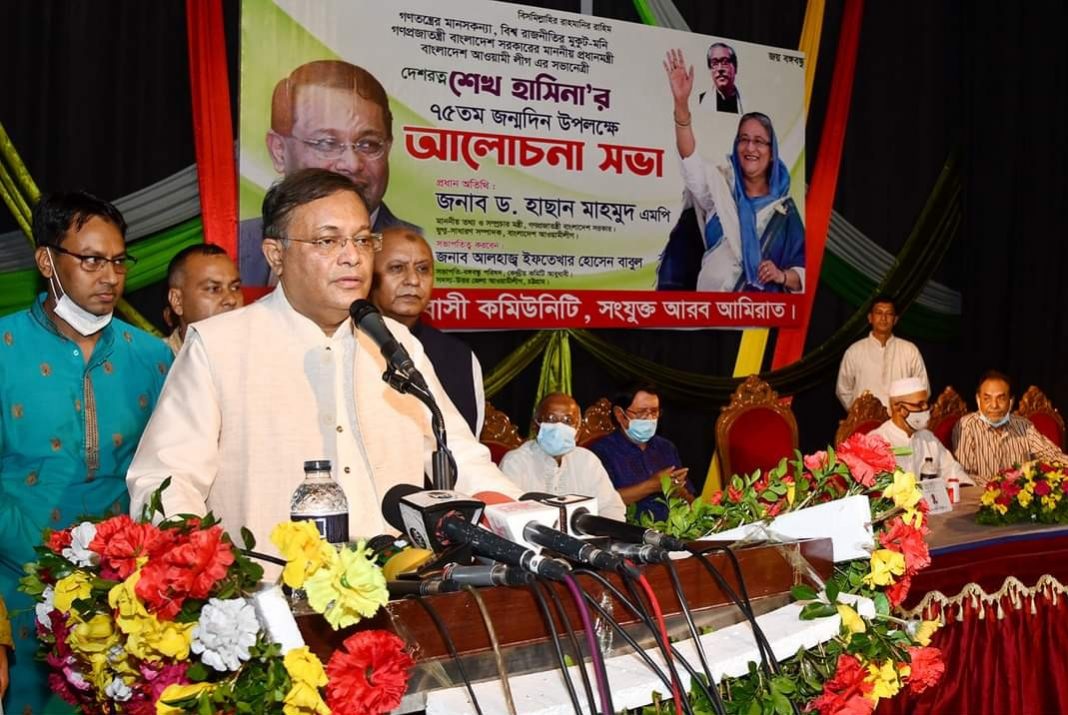 If the foreign channels can provide clean feeds then there is no problem, he says

The government did not shut any foreign TV channel in Bangladesh, said Information Minister Hasan Mahmud on Saturday.

The minister said this while talking to reporters at Chittagong Shilpakala Academy after attending a symposium on Prime Minister Sheikh Hasina’s birthday.
Foreign TV channels have been airing programs in Bangladesh over the years ignoring our law. Every year the country is losing around Tk2,000 crore worth investment because of the broadcast of foreign channels with advertisements,” he said.
Both the foreign channels and the local operators must abide by the country’s law to broadcast clean feed, said the minister.

It was decided that the law would be enforced from Friday after a meeting with the agents of foreign channels, cable operators and owners of local TV channels; and mobile courts are being conducted accordingly, he said.