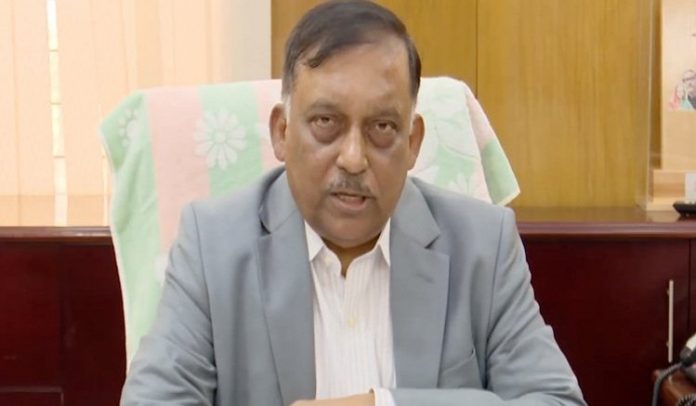 Home Minister Asaduzzaman Khan Kamal has said arms are coming into the country from Myanmar in various ways in an attempt to create “instability” in the Rohingya refugee camps in Cox’s Bazar.

However, he claimed that the law and order situation in the camps is “good enough” and that the killers of Rohingya refugee leader Mohammad Mohib Ullah will be brought to justice “soon”.

The home minister’s remarks came on Sunday after a meeting at the Secretariat on the security measures surrounding Durga Puja.

Cross-border drug trafficking through Rohingya peddlers has long been a thorny issue while robberies and other crimes committed by the refugees around the settlements in Cox’s Bazar are also frequently reported by the media. However, the killing of Mohib Ullah inside a camp in Ukhiya has caused an international uproar.

Questioned about the government’s ability to maintain law and order in the Rohingya refugee camps in the wake of the incident, Kamal said: “It’s not right to say that we can’t control it. There are enough law enforcement forces there and the law and order situation is good enough there.”

Pointing to Mohib Ullah’s murder, he added, “We have seen these kinds of fights before. Weapons are coming here from Myanmar in various ways to destabilise the environment in the Rohingya camps. We have also seen clashes between various armed groups to establish dominance in the camps.”

“The leader (Mohib Ullah) in question has always been vocal about taking the Rohingya back home. We think that we have to investigate this incident and find out the root cause. We are working accordingly.”

Mohib Ullah, the chairman of the Arakan Rohinyga Society for Peace and Human Rights, a moderate Rohingya community group, was killed at a refugee camp in Cox’s Bazar by unknown gunmen on Sept 29.

He came to be known as a ‘voice for the Rohingya’ in the Western media, representing Myanmar’s forcibly displaced nationals at a UN Human Rights Council in Geneva in 2019. He also had a meeting with then US President Donald Trump,

His family believes another Rohingya group – the Arakan Rohingya Salvation Army, or ARSA – is responsible for his death. Bangladeshi law enforcers also suspect a Rohingya faction orchestrated the killing.

Police have arrested five men in connection with the killing so far.

Asked who was trying to create unrest in the Rohingya camp and whether any foreign powers are involved, Kamal said, “We are investing everything. We can’t say anything but we have our suspicions. We will tell you after the investigation is completed.”