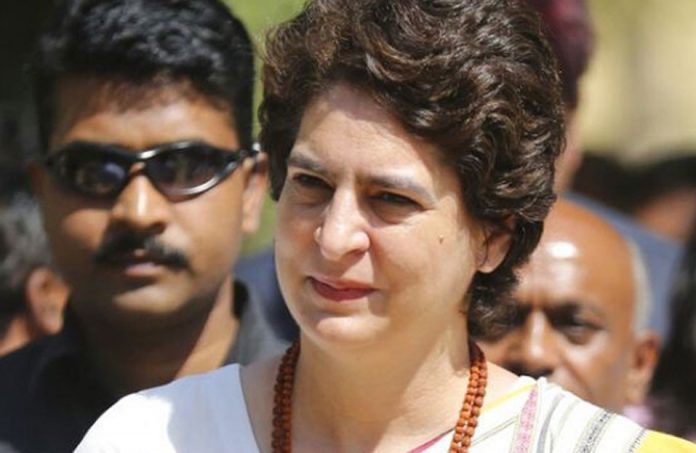 Congress leader Priyanka Gandhi Vadra was arrested in Hargaon on Monday while on her way to Uttar Pradesh’s Lakhimpur Kheri district to visit the families of the victims of Sunday’s violence, according to the party’s youth wing national president Srinivas BV.

“Finally, the BJP has done what was expected of them. The followers of ‘Godse’ have arrested our leader @priyankagandhi Ji, who fought heavy rains and the police force to meet the ‘Annadata’ from Hargaon, in the democratic land of ‘Mahatma Gandhi.’ This is only the start of the battle!! Srinivas’ tweet read, “Kisan Ekta Zindabad,” which was loosely translated from Hindi.

Srinivas also posted a video with the tweet, urging people to come to the Sitapur police station where Priyanka Gandhi is being held, reports Hindustan Times

The Congress general secretary has said she will meet with the families of those killed in violence during a demonstration in Lakhimpur Kheri, Uttar Pradesh, on Sunday. The farmers were protesting three farm laws enacted by the central government last year.

Following the incident, Priyanka Gandhi arrived at the Lucknow airport on Sunday evening and was stopped by the police multiple times on her trip to Lakhimpur
Kheri.

In one of the videos posted by the party, she can be heard indicating that she was stopped multiple times on her route to Lakhimpur. “I’m not committing any crime by deciding to meet victim’s kin… Why are you stopping us? You should have a warrant…?” she is heard saying in one of the videos.

Mobile internet services were suspended in parts of the violence-hit district, where restrictions under CrPC section 144- which prohibits assembly of four or more people- has also been imposed, according to officials.

As many as eight people died in the Lakhimpur Kheri incident on Sunday, Uttar Pradesh police said.