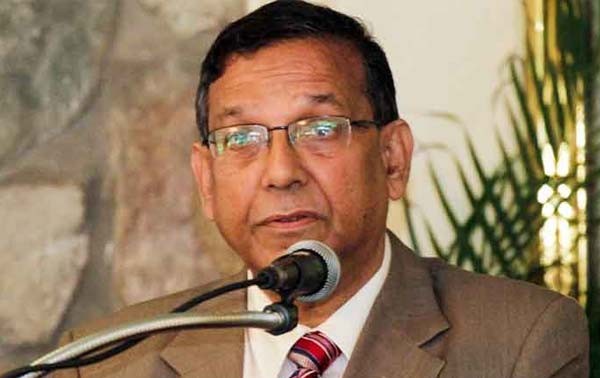 Law Minister Anisul Huq on Sunday said the government is working to stop misuse of the Digital Security Act.

“You can see nowadays journalists are not arrested in DSA cases. I have told the prosecution that journalists should not be arrested right away after the filing of a DSA case only to harass them. We would take initiatives to stop misuse and abuse through discussion,” he said.

The minister said this while talking to newsmen at Meet the Reporters program at Dhaka Reporters Unity (DRU). Presided over by DRU President Mursalin Nomani, the program was conducted by its General Secretary Moshiur Rahman Khan.
The law minister reiterated that the next election commission will be formed through a search committee, adding: “Though it [search committee formation] is not [done through] an act, it is close to that as it is formed after taking consent of all and with the president’s decision.”

“As the tenure of the current commission will end in the February and the Covid-19 pandemic situation is going on, there is not enough time to formulate the act. So, the search committee will do it this time,” he added.