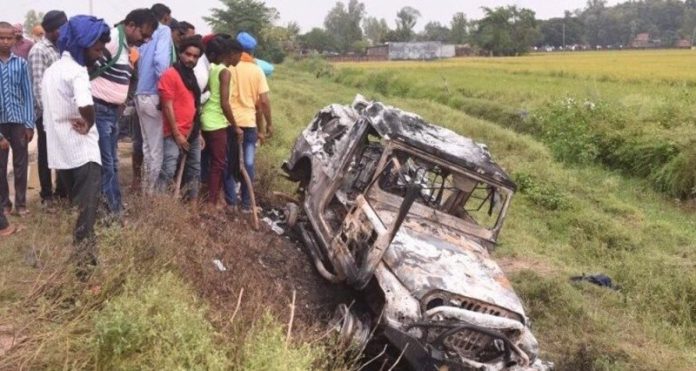 The son of an Indian minister has been arrested on preliminary charges of murder, police said Sunday, a week after the death of eight people during a farmers’ protest sparked national outrage.

Ashish Mishra was detained in Uttar Pradesh late Saturday over the incident in the northern state’s Lakhimpur Kheri district, where farmers were demonstrating as part of their year-long campaign against contentious agriculture laws.

Farmers claimed that a convoy belonging to Mishra and his father — the junior home affairs minister Ajay Mishra — slammed into protesters, killing four of them.

Angry demonstrators then set fire to several cars and four other people, including a driver and a journalist, were killed, according to authorities and local media reports.

Mishra will face court on Monday and formal charges have to be filed within 90 days. Mishra and his father have denied the allegations.

India’s Supreme Court had said Friday that it was “not satisfied” with the police investigation of the case and questioned why the younger Mishra had not yet been arrested.

The incident was the deadliest since farmers started camping on the outskirts of the capital New Delhi in November demanding a repeal of the controversial laws.

The agriculture sector, which employs some two-thirds of India’s 1.3 billion population, has long been a political minefield.