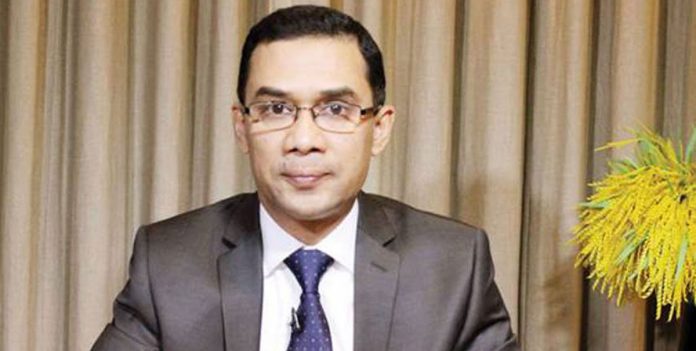 Jatiya Press Club (JPC) President Farida Yasmin on Monday said the videoconferencing event of BNP acting chairman Tarique Rahman at the club auditorium was unlawful as he was convicted in different cases.

In a statement, she said: “The views-exchange program with Tarique Rahman, convicted by court verdicts, through a videoconference on Sunday at the club auditorium under the banner of another organization was completely illegal.”

Jihad Smriti Parishad and Pro-BNP student leaders of All- Party Students Unity (Apsu) of the 90s arranged a discussion program at the auditorium of Jatiya Press Club on Sunday, commemorating the 31st anniversary of the martyrdom of Nazir Uddin Ahmed Jihad.
BNP acting chairman Tarique Rahman joined the program virtually and spoke as the chief guest.

The JPC president called upon all to be cautious in using the name of the Jatiya Press Club in the future.
Tarique had views exchange meetings with the leaders of different professional bodies on Friday and Saturday where pro-BNP journalists and ex-JPC leaders were present.