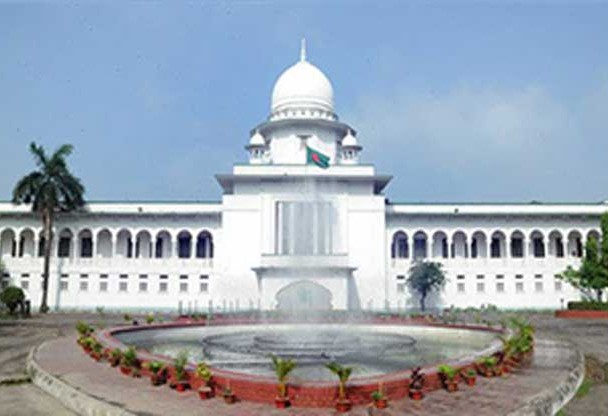 The High Court has published the full verdict over its order that Hindu widows are entitled to shares in all the properties of their late husbands and not just their homesteads.

The verdict paved the way for Hindu widows to regain their rights to husband’s property after 63 years. When this law is brought into effect, the Hindu Women’s Rights to Property Act of 1936 will be applicable in Bangladesh, the verdict said.

The High Court bench of Justice Miftah Uddin Choudhury published the 22-page verdict on Tuesday.
On September 2, 2020, the same bench delivered the verdict in a case over the property of a Hindu family in Khulna.

According to the case statement, Jyotindra Nath Mandal, defendant Gauridasi’s brother-in-law, filed the case with the Batiaghata Judicial Court in 1996, in which the lower court declared that widows had rights only to the area of the houses in which they lived, and not to agricultural property.

Later, as Gauri Dasi appealed to the district judge in the same year, the verdict was that widows also had rights to agricultural land in the same manner in which their husbands had their rights.
The matter then came to the High Court. The court ruled that the law did not specify any property which can include real estate, agricultural land, cash or any other type of property.

On one hand, there is no opportunity to differentiate between agricultural land and homestead- whereas these are necessary for the survival of the widow, who is in effect dependent on her father-in-law’s farmland for her livelihood.
After long hearings, the High Court ascertained the opinions of amicus curiae, Barrister Uzzal Bhowmick.

According to Section 3 (1) of the 1936 Act, Gauri will inherit all the property left by her father-in-law just like her husband who died before his father.

Bhowmik also said that Hindu widows lost their share in agricultural land in a 1948 judgment of the Indian Federal Court in this regard. It was later adopted by Bangladesh in 1972.