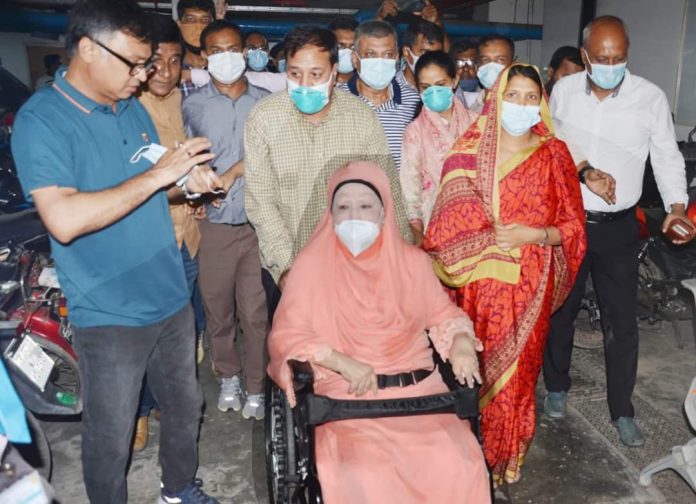 The BNP chief suffers from arthritis, diabetes, ophthalmological and dental complications, according to her doctors

BNP Chairperson Khaleda Zia was once again admitted to Evercare Hospital for treatment and medical tests on Tuesday.

“The medical board formed earlier for her treatment, led by Dr Shahabuddin Talukder, will review everything and then we will inform everyone about her condition,” he added.

Shairul Kabir Khan said BNP Secretary General Mirza Fakhrul Islam Alamgir met with Khaleda Zia before she was taken to the hospital to inquire about her health. Khaleda Zia was previously admitted to Evercare Hospital with Covid-19 on April 27. She underwent treatment for post-Covid complications and other underlying health problems at the hospital until June 19, reports UNB.

The government freed Khaleda Zia from jail for six months through an executive order suspending her sentences in the Zia Orphanage Trust and Zia Charitable Trust graft cases on March 25 last year. The order was issued following the outbreak of Covid-19 in the country.

On September 19, the government extended the suspension of her jail term for the fourth time by six more months.

The sentences were suspended on condition that Khaleda Zia stay at home and receive treatment there. She is also not allowed to go abroad for treatment.

The BNP chairperson’s doctors said she has been suffering from rheumatoid arthritis, diabetes, ophthalmological and dental complications.
Her family applied to the government twice, in May and August this year, seeking permission to take her abroad for better treatment, but the government turned down the petitions and said there is no scope for a convicted person to travel in such a manner.