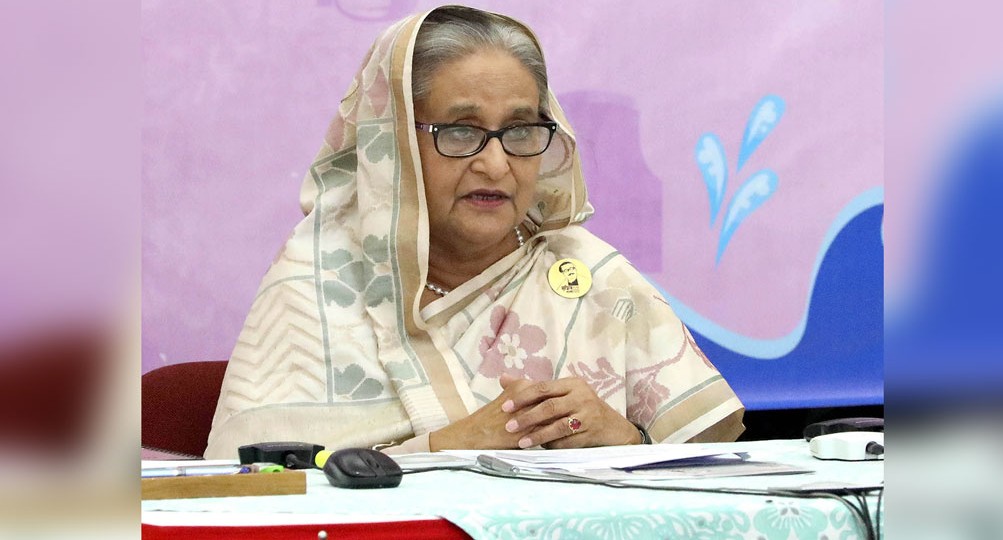 Prime Minister Sheikh Hasina urged all to ensure fire and other safety measures during the construction of high-rise buildings.

During the construction of any high-rise building, it’s imperative to ensure a fire extinguishing system, she said while addressing a virtual programme from her official residence Ganabhaban on Wednesday.

The audience was connected from the Osmani Smriti Auditorium in the capital and Muktijudda Field in Cox’s Bazar.

The government has also been working on its part to reduce fire and other disaster risks, she said, adding that it is enhancing the capacity of the fire service and civil defence to this end.
The people of our country will also have to remain alert about it. They’ll have to take some measures on their own. Whenever you construct houses, offices or business establishments, you need to keep in mind that there might be a fire incident, cyclone or flood. So, you’ve to remain risk-free and take measures in advance accordingly,” she said.

Hasina said the Father of Nation Bangabandhu Sheikh Mujibur Rahman undertook the CPP immediately after the Liberation War as he had witnessed the public misery during the 1970 devastating cyclone.

It was thought that some one million people lost lives in the cyclone as no warning message and no response had come from the then Pakistan government, she said.
She criticised the then BNP government for its delayed and poor response during the 1991 strong cyclone which claimed many lives.

Hasina said she visited the affected areas immediately after the cyclone and witnessed the public sufferings and miseries. It is her party and its leaders who stood first beside people much before the government during the 1991 disaster.

She criticised then Prime Minister Khaleda Zia for her remarks in the Parliament that the death toll was less than what was feared earlier.

Hasina mentioned that no man lost life during the 1998 prolonged flood that lasted two and a half months due to the effective measures taken by the AL government.