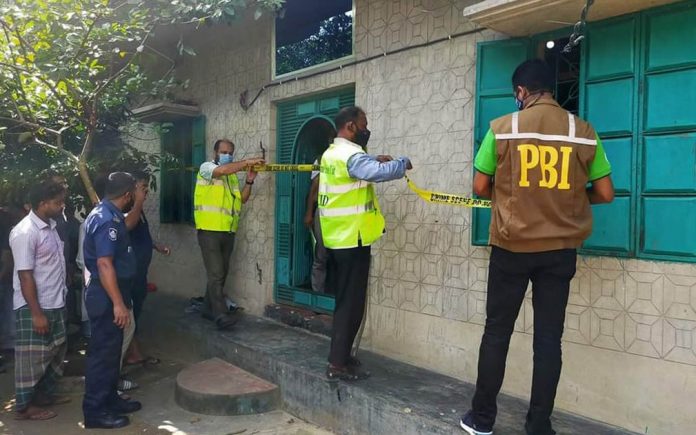 Police are questioning the eldest son of the dead Mostafa Saudagar

A man along with his wife and son have been hacked to death at their home in Chittagong’s Mirsarai Upazila.

Saudagar used to run a grocery store at the local marketplace.

“All three of them have been murdered with sharp weapons. Saddam and his wife told us three people barged into the house and held them at gunpoint before hacking the three to death while they were asleep,” he said.

Saddam has been taken to the police station for questioning, said the police officer.