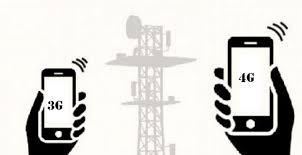 Broadband internet connections, however, are not affected

Mobile users in Bangladesh are facing problems while accessing internet since Thursday night.

Users from various locations of the country have reported being unable to use internet with mobile data or being forced to use it at a lower speed.

The telecoms regulator said it may be a technical glitch and they are working to fix it by Friday afternoon.

The BTRC Engineering and Operations Division are working to bring the 3G and 4G services back to normal hopefully between 3pm and 6pm, he added.
Mobile phone operators, however, said 3G and 4G data services were shut down at 5am on Friday following instructions from the BRTC, reports UNB.

“BTRC has asked to keep the service shut until further notice,” a telecom official, who asked not to be named, told an online newspaper.

Grameenphone texted its subscribers on Friday saying that their 3G and 4G services were down and that they were “working with the relevant authorities” to restore services.

Over 50% of the 160 million mobile phone users in Bangladesh are subscribers of Grameenphone.

Telecoms Minister Mustafa Jabbar also said that a “technical error” caused the matter.
The 3G and 4G mobile internet services have been suspended due to some technical glitches. The services will go back to normal as soon as the issues are fixed,” he told UNB.