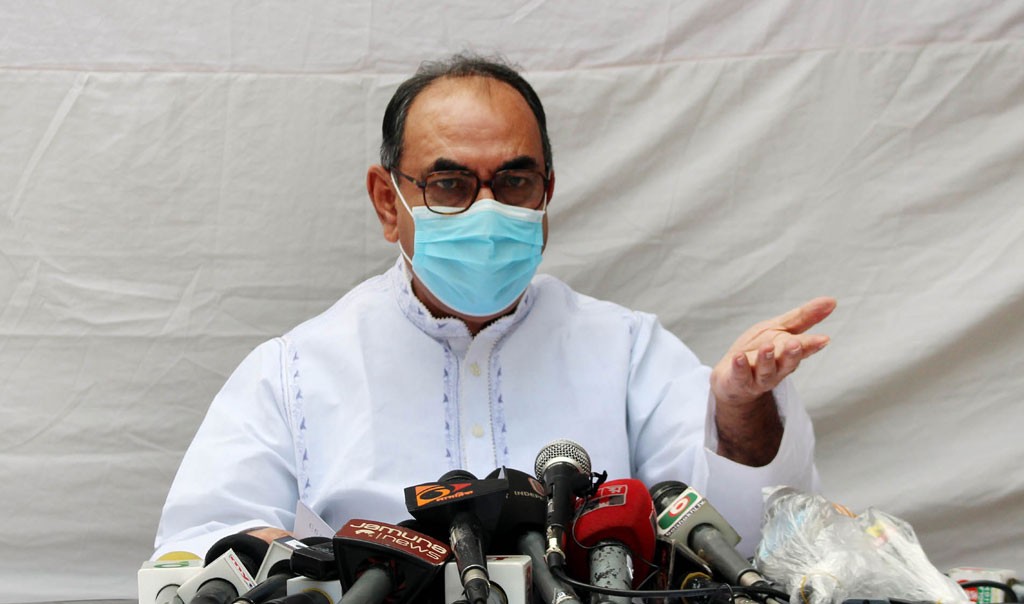 The government is not allowing BNP chairperson Khaleda Zia to go aboard for advanced treatment as part of a plot to kill her slowly, alleged the party’s senior leader Mirza Abbas on Saturday.

“Doctors are saying our leader needs advanced treatment abroad, and this is the fact. But this government won’t give her the scope for receiving better treatment as its goal is to kill her slowly and gradually,” he said.

Speaking at a Doa Mahfil on Saturday, the BNP leader alleged that the government kept Khaleda in jail also with an intention of repressing her and thus pushed her towards death.
Jatiyatabadi Swechchasebak Dal arranged the programme at the party’s Nayapaltan central office seeking divine blessings for the speedy recovery of ailing Khaleda.

On Tuesday, the BNP Chairperson was admitted to Evercare Hospital with fever and some other underlying health problems.

BNP Secretary General Mirza Fakhrul Islam Alamgir on Thursday categorically said the treatment of Khaleda is not possible in the country.

Amid the coronavirus outbreak, the government freed Khaleda Zia from jail temporarily suspending her sentences on March 25 last year with conditions that she will stay in her Gulshan residence and will not leave the country.

Her family applied to the government twice in May and August this year seeking permission to take her abroad for better treatment, but the government turned it down saying there is no scope for a convicted person to avail of such a scope.
Abbas, a BNP standing committee member, slammed the ruling party leaders for what he said, making various outrageous comments about top BNP leaders, including Khaleda, sitting in ‘glass houses’.

He urged the Awami League leaders to come on the steers with courage to assess their popularity.

“Let’s walk together on the streets and then you’ll see how many people give us flowers and how many people spit on you. I know you don’t have that courage. You’ve been taking tall from the glass house and torturing the BNP leaders and workers,” Abbas said, taunting the Awami League leaders.

About the reported desecration of the holy Quran incident in Cumilla, he questioned as to why the police could not yet arrest the real culprits.
There were only 50,000 police personnel during our rule, but now the police are a huge force of five lakh members. What’s the use of keeping such a big force when they can’t catch the robbers, bank looters, thieves, murderers and the attackers of puja mandaps? Is their only job to resist BNP? This won’t last long,” the BNP leader said.

He alleged that the government has been resorting to various ‘tricks’ and ‘foul games’ to hang onto power. “We would like to clearly ask you to shun these foul games. “You’ve killed many people and made many others disappeared while you’ve filled the jails by arresting our leaders and activists.”

Abbas called upon BNP leaders and activists to get ready for waging a strong movement to oust the current government.