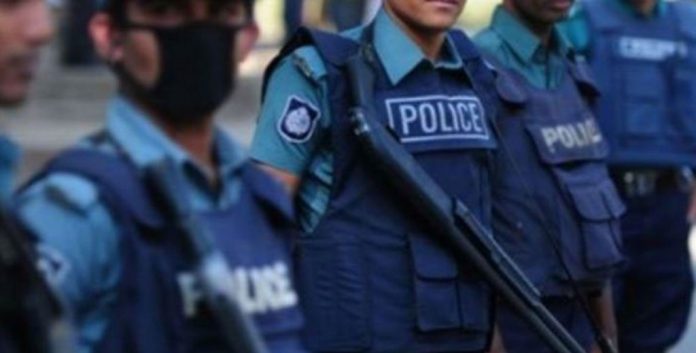 The superintendents of police (SPs) for Rangpur, Feni districts and five other senior police officials have been transferred.

Biplob Kumar Sarker have been moved from Rangpur to the Dhaka Metropolitan Police as a deputy commissioner. He will be replaced by Ferdous Ali Chowdhury, assistant inspector general of the Police Directorate.

Nurunnabi has been transferred to the Police Directorate in Dhaka as an assistant inspector general.
The home ministry issued an official notification on Monday over the reshuffles.

The reshuffles come after communal violence in several districts in the past few days ignited by allegations that the Quran had been “dishonoured” at a Hindu temple during Durga Puja.

At least six people have been killed during attacks in Chandpur, Chittagong, Noakhali, Feni and other areas.
Despite heightened security across the country, at least 20 Hindu homes were torched late on Sunday in Rangpur’s Pirganj over allegations of a “religiously abusive” Facebook post by local Hindu youth.

On Saturday, at least 40 people were injured in Feni as clashes broke out after an attack on demonstrators who were protesting against attacks on Durga Puja venues.