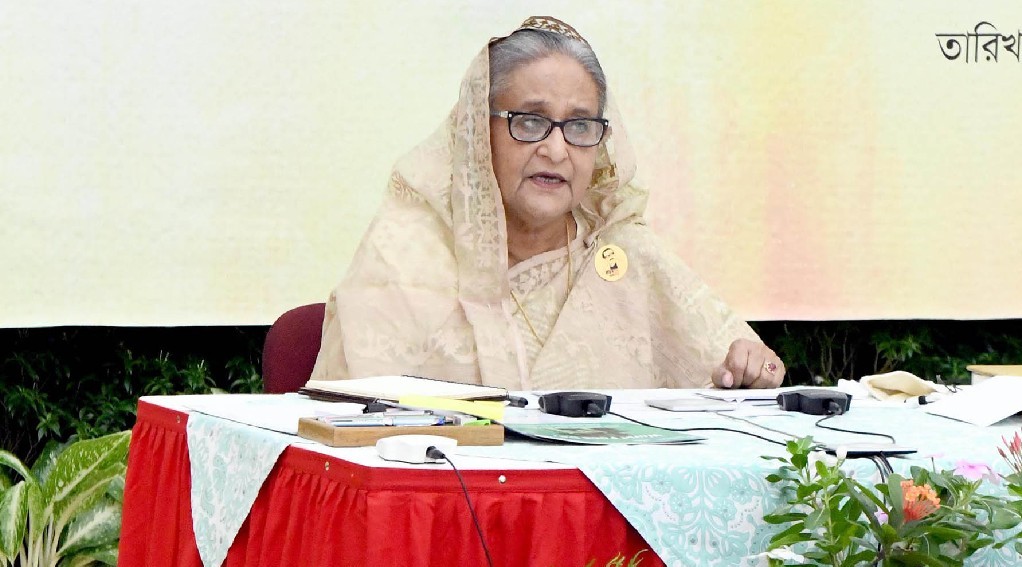 Government wants the peaceful coexistence of people from all religions, she says

Prime Minister Sheikh Hasina on Tuesday urged the people to refrain from religious excesses as the government wants to ensure the peaceful coexistence of people from all religions.

“Bangladesh is a country of secular spirit; people of all religions must be allowed to perform their religious rituals freely, as the constitution has given that directive,” she said.

Sheikh Hasina said this while addressing a discussion on the birth anniversary of Sheikh Russell, the youngest son of Father of the Nation Bangabandhu Sheikh Mujibur Rahman, marking Sheikh Russell Day 2021.

Awami League organized the program at its Bangabandhu Avenue central office. The prime minister joined virtually from her official residence, Ganabhaban.The prime minister, who chaired the program, said Islam also advises peaceful performing of religious rituals of all religions. “Our Prophet (PBUH) advised not to do excesses with religion. We want no one to do excesses with religion,” she said.

Sheikh Hasina said the aim of the government is to ensure the coexistence of people from all religions in a peaceful environment.

She said Bangladesh is a small country in terms of its geographical size, but it is a big one if the size of its population is considered. “I want all to have a prosperous and beautiful life and enjoy their basic rights.”
Talking about the tragic fate of Sheikh Russell, who was assassinated with other family members of the Father of the Nation on August 15, 1975, she said no other child of the country should face that fate.

“Unfortunately, we are seeing that cruelty still today,” she said.

She mentioned the arson terrorism of BNP under the leadership of then opposition leader Khaleda Zia. “We saw people getting killed in arson attacks, and children burnt alive.”

“When Khaleda Zia was the opposition leader, running buses were set afire and a father saw his son was burning alive. That time of cruel incidents passed in the country. That was most unfortunate for Bangladesh,” she said.

Sheikh Hasina vowed to ensure a better life for all children of the country.
Not a single child will roam in the street, everyone will get shelter, every child will have the opportunity to flourish his or her talent, knowledge and creativity so that the children can take Bangladesh forward,” she said.

Recalling the bloodshed of the past, she hoped there would not be a repeat.

“Russell is no more, but thousands of other children of the country are still here. We want to ensure a better life for them so that they can grow into worthy citizens of the country, imbued with patriotism. We want to do that,” she said.