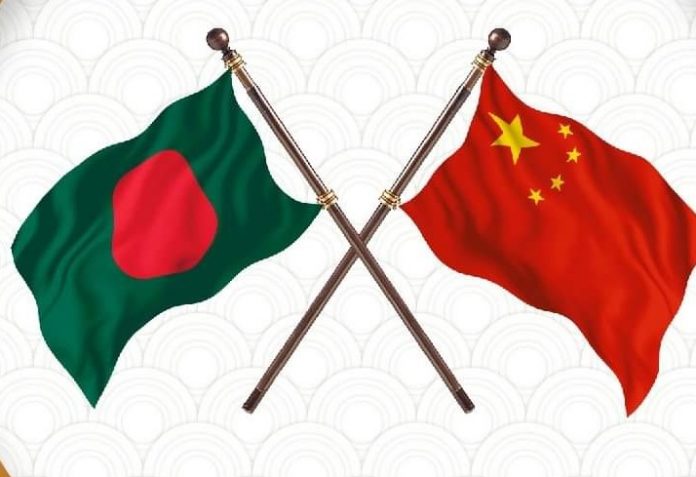 “The political mutual trust between our two sides has continued to deepen, the cultural exchange and education cooperation as an integral part of our deeply-rooted bilateral relations, have been active and fruitful,” he said.

Currently, the envoy said, China has become one of the top destinations for Bangladeshi students to study abroad and students are one of the main cornerstones of the friendship between the two peoples.

“All of you are well aware of the journey to development that our two countries are having together and shoulder to shoulder,” said the ambassador.
However, he said, there are many avenues of cooperation yet to be explored. “In Bangladesh’s mission of poverty eradication, China will always be by its side through sharing experience and resources.”

The ambassador was addressing a webinar on poverty alleviation organized by the Association of Bangladesh-China Alumni (ABCA).

State Minister for Planning Prof Dr Shamsul Alam, President of ABCA Ambassador Munshi Faiz Ahmad, former Chinese ambassador to Bangladesh Chai Xi, Professor Dr Li Xiaoyun, Professor Dr Qazi Kholiquzzaman Ahmad, Professor Dr Mohammad Mainul Islam, and Dr Md Shahabul Haque joined the programme.
The Chinese ambassador said Bangladesh has proved that with the commitment and determination of the government and the people, it can come out of poverty and emerge as a low middle-income country within only a span of four decades as proclaimed by the World Bank in 2020, which says: “Globally, Bangladesh is a model for poverty reduction.”

Since 2000, Bangladesh has cut poverty in half, lifting more than 25 million people out of poverty.
The success story is being broadened in new chapters even during the pandemic under the proper management of the government and owing to the diligence of Bangladeshi people.”

The ambassador gave credit to Prime Minister Sheikh Hasina, who inherited the charismatic and visionary leadership from her father Bangabandhu Sheikh Mujibur Rahman, the Father of the Nation.

Ambassador Li said Bangladesh, a developing country sharing the similar story of struggle for freedom and self-determination with China, has been one of the biggest development success stories in the Global South.
UNB