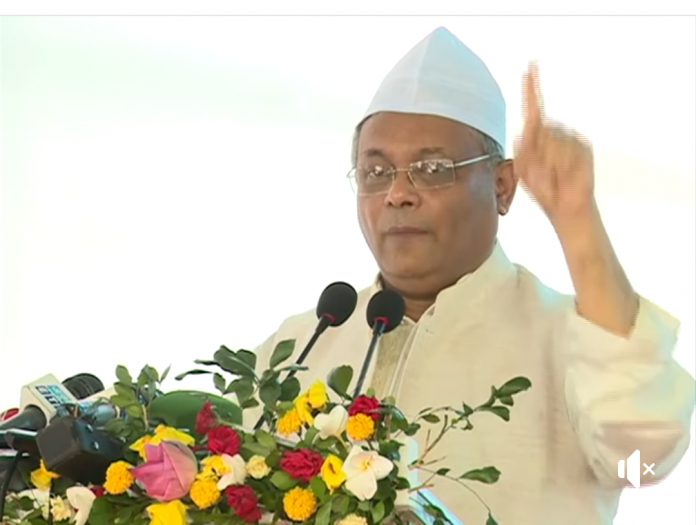 Hindu-Muslim-Buddhist-Christian collectively achieved the independence of the country, he says

Information and Broadcasting Minister Dr Hasan Mahmud on Wednesday said that the people belongs to any community should not be treated as a minority rather everyone is equal in the country.

“Every community — Hindu-Muslim-Buddhist-Christian — collectively achieved the independence of the country under the leadership of Father of the Nation Bangabandhu Sheikh Mujibur Rahman,” he said during Prabarana Purnima celebrations at International Buddhist Monastery in city’s Merul Badda area.
Hasan, also the joint general secretary of the ruling Awami League, said: “We are very much determined to keep up country’s communal harmony unfaded under the leadership of Prime Minister Sheikh Hasina.”

The minister extended his greetings to the Buddhist community on the occasion of their second largest religious festival, saying: “Mahamati Gautam Buddha’s messages of non-violence and well being showed us the way of peace and harmony.”