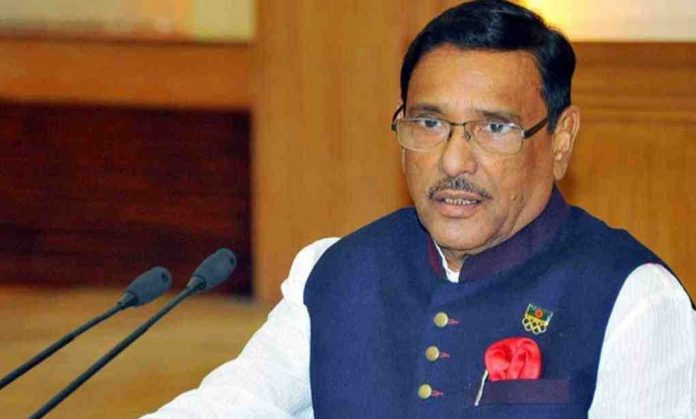 Awami League General Secretary Obaidul Quader on Wednesday said that those who use religion for political gain want to create division among religious communities.

He made the remarks while speaking at a briefing at his residence in Dhaka this morning.

“Those who could not accept the independence of this country, development and prosperity, they want to divide the nation, weaken it and tarnish the image of the country. BNP and its allies want to create this dividing line,” he said.

Describing BNP as a politically communal organization, Quader said BNP leaders have turned lies into art by claiming that the government is involved in communal attacks.

Referring to the BNP as an enemy of the minorities, he further said that they thought that attacking the temples would increase the distrust of the Hindu community in the government and destroy Bangladesh’s existing friendship with India.

The AL leader said the BNP carried out the propaganda that mosques will turn into temples in the past as well.

Quader said BNP’s atrocities against minorities surpassed even the attacks in 1971 after it came to power in 2001.

The BNP has not been able to quit communal politics yet, he said.
Referring to the observance of Eid-e-Miladunnabi being observed on Wednesday Quader said that the day is sacred and glorious for the Muslim Ummah.

He urged Muslims of the country to follow the ideals of Prophet Muhammad (PBUH).

Quader also greeted the members of the Buddhist community on behalf of the Awami League on Prabarana Purnima, being celebrated on Wednesday.