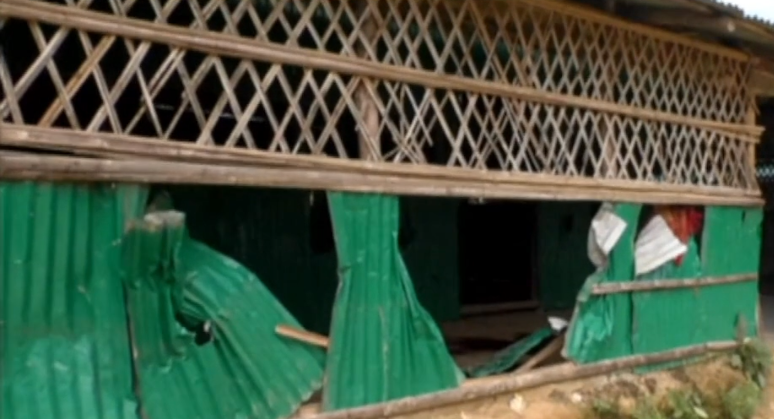 Days after the murder of Rohingya leader Muhib Ullah, another six people were killed in an attack on a madrasa at a Rohingya camp in Cox’s Bazar on Friday.

The Rohingyas of 34 camps in Ukhiya and Teknaf are in shock and panic following the murders.

Local Rohingyas allege that a terrorist group wanted to set up a training centre at the madrasa inside Camp No 18.

Four people were killed immediately in the attack while others succumbed to their injuries at a local hospital, said Superintendent of Police (SP) Shihab Kaiser, chief of the Ukhiya-based unit of the Armed Police Battalion (APBn).

Initially, the law enforcers thought it was a clash between two groups that resulted in the deaths.
Four people died on the spot in the attack. Soon after, the police from the nearby Moynarghona police camp arrived at the scene and took several people to the hospital, where another three succumbed to their injuries,” Shihab Kaider told Dhaka Tribune.

Police have nabbed one of the attackers with a locally-made firearm, ammunition, and a sharp weapon, he said, before adding that the police were conducting raids in the camps to hunt the perpetrators.

“The situation is now under control. Additional forces have been deployed in the camp,” said the senior APBn officer.

Cox’s Bazar District Superintendent of Police Md Rafiqul Islam said six bodies had been recovered so far in connection with the attack. The bodies were handed over to the families after autopsy reports were prepared at Cox’s Bazar Sadar Hospital.

“Operations have been intensified in the Rohingya camps,” he added.
Unrest at camps

Since the assassination of Rohingya leader Muhib Ullah, unrest is rife throughout the camps. At night, in the absence of law enforcement, the camps fall prey to the hands of a few groups who terrorize them, causing panic among the Rohingya refugees.

Several armed groups in the camp have been trading in drugs, weapons, and taking over businesses and shops. It has been reported that they are killing people and taking Rohingyas hostage.
Relatives of the slain Rohingyas who came to collect the bodies of the deceased on Friday afternoon, seeking anonymity, said a group of men identifying themselves as ARSA (Arakan Rohingya Salvation Army) was pressurizing the superintendent of the madrasa to set up a terrorist training centre there.

However, the madrasa authorities did not agree and were attacked in the dead of the night. At that time, six Rohingyas, including madrasa teachers, students and volunteers, were hacked and 10 to 12 others were injured.

The terrorists were still roaming around the camps, said relatives, adding that ordinary Rohingyas were not able to inform the members of law enforcement agencies fearing for their lives.
Although the camps are under the control of the law enforcement during the day, at night the control goes to the so-called terrorists named ARSA, they said.

The informant may get killed at night, they added.

Meanwhile, human rights activist Nur Khan Liton said it was a planned killing by ARSA as they had been tried to control the Rohingyas after the Muhib Ullah murder.
“The murderers escaped from the spot easily as it was a cool-headed planned killing,” he added.

“The ARSA men have been trying to establish control at some important mosques where they teach madrasa education as well. They target the teenage students of madrasa to enlarge their group,” said a volunteer at a Rohingya camp, on condition of anonymity.

When asked, Superintendent of Police Md Naimul Haque of the 14th APBn said that security had been beefed up at night.

The law and order at the Rohingya camps came under international spotlight following the killing of Rohingya leader Mohib Ullah last month.

Mohib Ullah was shot dead on the night of September 29 by some unidentified gunmen at the Kutupalong camp.

His family blamed ARSA members for the murder. Investigators also suspect that a Rohingya faction orchestrated the killing.
Home Minister Asaduzzaman Khan said earlier this month that arms were coming from Myanmar in a bid to create “instability” in the Rohingya camps of Cox’s Bazar.

On Friday, he said that the law enforcers, if needed, should fire bullets to stop the rampant drugs and arms trade at the camps.