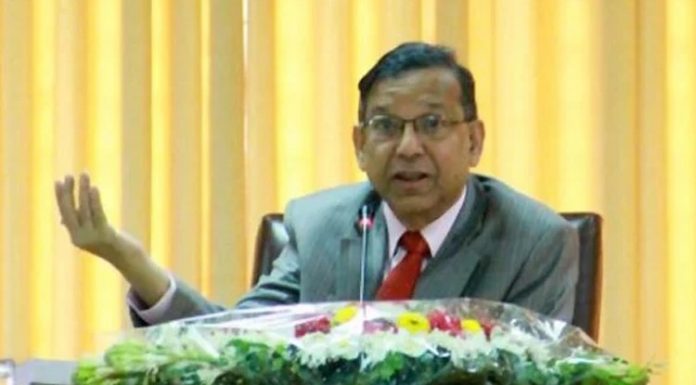 Anyone involved in communal violence will be brought to book regardless of their political affiliation, says the minister

Law Minister Anisul Huq has said that the government will take immediate steps to formulate a law aimed at protecting the minority groups.

His remarks came on Sunday in response to queries from reporters made in light of the recent attacks on the Hindu community that has brought the necessity of a “Minority Protection Act” into the spotlight again, reports Bangla Tribune.

The attacks and clashes led to multiple deaths and arrests of hundreds over the past few weeks across the country.

Responding to another query, the law minister said there will be no mercy for the people accused of involvement in the recent communal violence, no matter which party they belong to.
“A criminal’s only identity is that he is a criminal. It does not matter which party, caste or religion they belong to. They will face justice,” he said when asked about the arrest of a former Chhatra League leader over the arson attack on Hindu houses and businesses in Pirganj, Rangpur.

Reiterating his statement about trying the communal violence accused at the Speedy Trial Tribunal, Anisul said Awami League believed in secular politics and Father of the Nation Bangabandhu Sheikh Mujibur Rahman has taught the same thing to the people.
Replying to a question about formulating the Witness Protection Act, he said: “We have said it earlier that we will take rapid action whenever the issue of this act comes forward.”

The law minister on Sunday also said that more than 3.7 million cases were pending in the courts across Bangladesh and that is an accumulated problem from the past years, reports UNB.

A plan has been taken for disposing of 600,000 of those cases by 2022 in order to lighten the load, he said at the inaugural function of the 42nd Special Basic Training Course for Assistant and Equivalent Judges at the Judicial Administration Training Institute in Dhaka in the afternoon.

The judges will need to play a key role in implementing this plan, he said, highlighting the importance of the judges’ training.

In an effort to reduce the number of pending cases, apart from building the infrastructure, 1,152 judges have also been appointed in the last few years and more appointments are in progress, Anisul added.