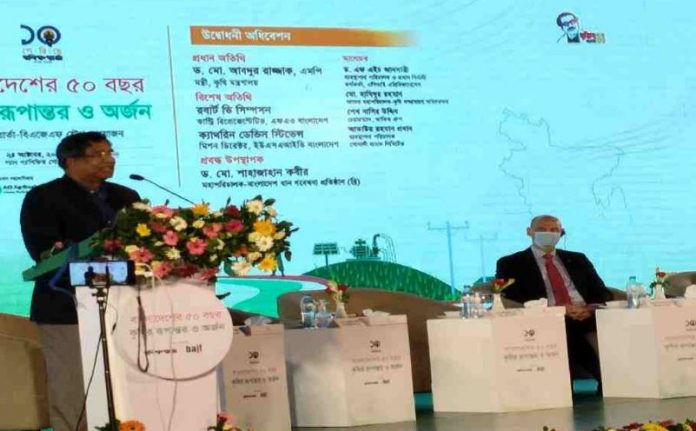 The minister made the remarks addressing an event titled “Bangladesh’s 50 years: Achievements and Diversifications in Agriculture.”

He mentioned during the presentation that so far around 137 varieties of rice have been developed by BRRI which helped the country become self-reliant in food production.

President of BAJF Iftekhar Mahmud presided over the function while Editor of Bonik Barta Dewan Hanif Mahmud moderated it.