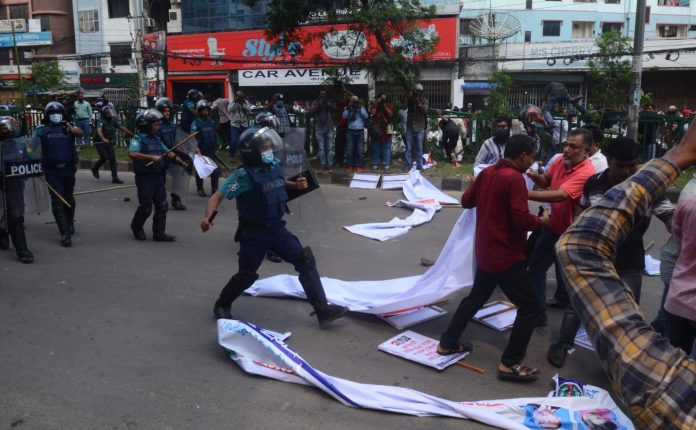 BNP activists clashed with police on Tuesday, prompting the authorities to deploy additional forces around the party headquarters in Naya Paltan.

The clash was reported at around 11:30am when some BNP men brought out a procession towards Kakrail crossing at the end of a “peace rally” in front of their office.
BNP leaders and activists had gathered in front of the party headquarters in the morning to protest the recent communal riots throughout Bangladesh.

The skirmish ensued when they tried to bring out a procession, which, according to the police, they had not taken permission for.

As police tried to obstruct the procession, BNP activists hurled brickbats at the law enforcers, reports UNB.
At one point, police baton-charged the BNP men and fired rubber bullets to disperse the crowd in order to bring the situation under control.