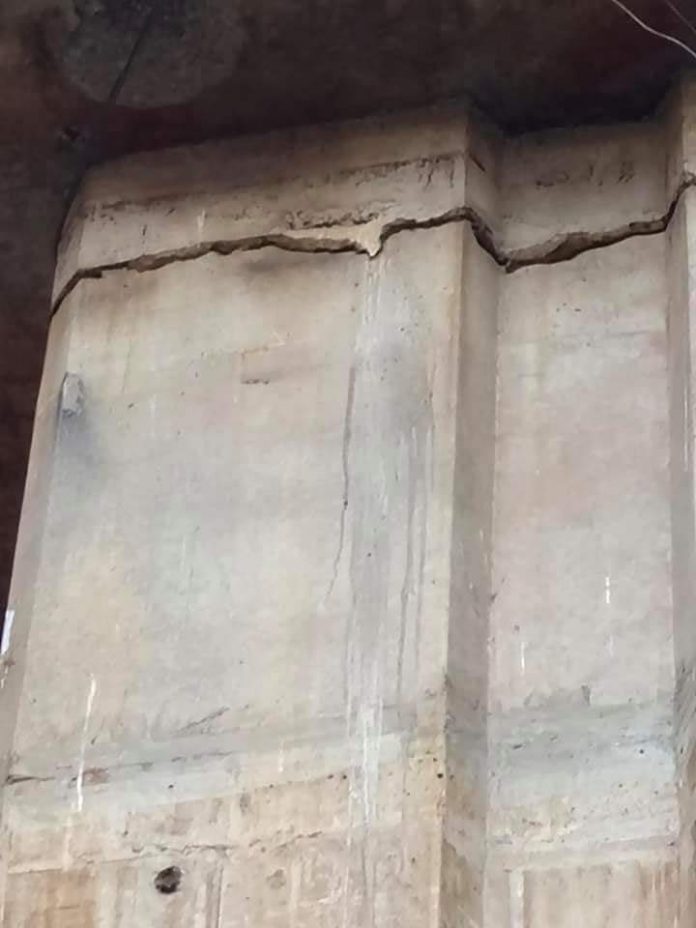 In November 2012, at least 13 people were killed when three steel girders of the flyover collapsed during construction work

Commuters in Chittagong were caught in traffic snarls Tuesday morning, with the authorities closing down a carriageway of the busy Bahaddarhat Flyover following cracks forming on its pillars.

The decision to suspend the movement of vehicles on the Kalurghat carriageway of the flyover was taken by the Chittagong City Corporation and the Chittagong Metropolitan Police on Monday night after cracks were spotted in the pillars of the ramp towards Arakan Road.

The authorities also removed the temporary shops and vehicles at the bottom of the pillars.
Councillor Esrarul Haque Esral told media that the decision was taken to prevent accidents on the flyover. In addition to police barricades, two traffic cops were deployed to keep a tab on vehicles.

Chandgaon police station OC said the Chittagong Development Authority (CDA) was informed about the cracks “as they are responsible for the maintenance of the flyover”.

“However, vehicles are plying the Sholokbohor carriageway of the flyover,” he added.

Engineer Delowar told media that the flyover is likely to have defects as it was built without following proper guidelines.

It is necessary to find out if the cracks are structural or non-structural, he said, adding that structural cracks can lead to major accidents.
This is not the first time that cracks have been spotted on the flyover. In January 2018, a large crack appeared in one of the ramps linking the flyover.

In November 2012, at least 13 people were killed when three steel girders of the flyover collapsed during construction work in Bahaddarhat area. Earlier on June 29 that year, a 130-foot-long concrete girder collapsed in Bahaddarhat.

Prime Minister Sheikh Hasina laid the foundation stone of the flyover in January 2010. Later, the Bangladesh Army was entrusted with the responsibility of supervising its construction work. Sheikh Hasina inaugurated the flyover on October 12, 2013.