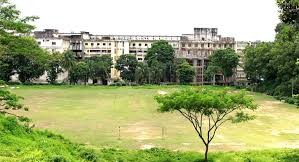 Authorities have declared Chittagong Medical College (CMC) and its residential halls closed indefinitely following back to back clashes between two factions of the Bangladesh Chhatra League.

The students have been asked to evacuate the dormitories by Saturday night.

The decision was taken at an emergency meeting of the academic council earlier in the day, confirmed CMC Principal Dr Sahena Akhtar.

She said: “The college will remain closed until further notice. We’ve asked all the students to leave their dormitories.”
Besides, a five-member investigation committee headed by Professor Matiur Rahman has been formed to investigate the incident.

The committee has been directed to submit a report within seven working days.

According to CMC sources, three people were injured in two subsequent clashes between supporters of two local Chhatra League activists over establishing supremacy on campus.

The injured were identified as Mahfuzul Haque, 23, Naimul Islam, 20, and Akib Hossain, 20.

One of the groups was led by Akib Hossain, who is known on the campus as a supporter of Deputy Education Minister Mohibul Hasan Chowdhury Nowfel. The other was led by Mahfuz and Naimul Islam, who are known as supporters of Awami League General Secretary and former city mayor AJM Nasir Uddin.
The first clash occurred at around 11:30pm on Friday and a subsequent one followed the next morning at around 9am.

“Additional police have been deployed on campus to avoid further violence,” he added.

One of the factions of Chhatra League has lodged a written complaint with the police over the clashes at CMC.

Mohammad Taufiqur Rahman, a 5th year student of the 57th batch of CMC, filed the complaint with Panchlaish police station around 6 pm on Saturday. He is a follower of the Mohibul Hasan Chowdhury Nowfel faction.
According to the complaint, Mahadi J Akib, a 2nd year student of the medical college, had a quarrel with the defendants (followers of the AJM Nasir Uddin faction) at around 11.30 pm on Friday.

After the altercation, at around 10 am on Saturday, the defendants attacked Mahadi J Akib with iron rods, hockey sticks and daggers near the main gate of the CMC campus. Akib was stabbed in the head and the defendants reportedly stole Tk5,200 from him as well.

Panchlaish police station Officer-in-Charge (OC) Jahidul Kabir confirmed that one of the Chhatra League factions had filed a complaint.

“The complaint has been received and we will investigate. It may be turned into a case later,” he said.