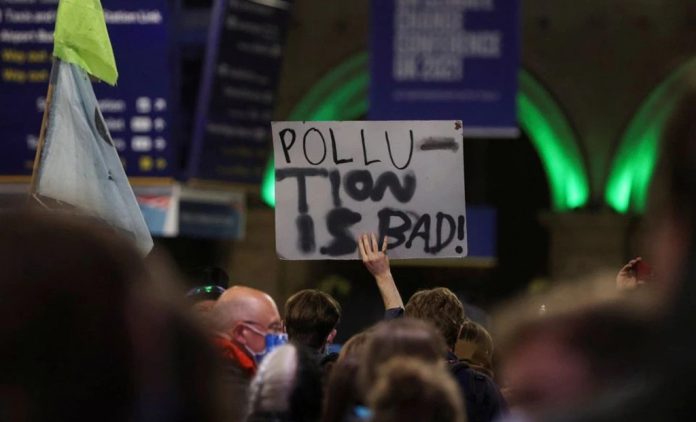 COP26 will use three levers to attempt to steer the world towards 1.5°C

Making a final assessment of the progress achieved over the two weeks of the COP26 talks in Glasgow will be complex. Unlike past climate summits, the event will not deliver a new treaty or one big “win”.

Rather, it will attempt to produce a myriad of smaller victories – from the formal UN negotiations on the Paris Agreement, and from the new climate pledges that countries, companies and investors announce during the conference.

Its success will be judged on whether all those can together keep the 1.5°C goal alive.
The gap is huge. Scientists say capping warming at 1.5°C would require global emissions to plummet 45% by 2030 from 2010 levels, and reach net zero by 2050. Countries’ current pledges would see emissions soar by 16% by 2030.

COP26 will use three levers to attempt to steer the world towards 1.5°C.

First, it will devise a plan for how countries will accelerate their emissions reduction pledges in future years.

COP26 will almost certainly not deliver enough pledges to put the world firmly on course for 1.5°C. But a credible deal to ramp up ambition more frequently in the coming years could at least keep it alive.

Denmark and Grenada have been put in charge of drawing up options for this, and Britain is considering a proposal that would require countries to come back with new, more ambitious pledges as early as 2023.
The conference’s British hosts are also lining up a set of side-deals on phasing out coal, clean vehicles, and deforestation. Those could help inch towards the Paris Agreement goals, in the absence of new commitments from the world’s biggest polluters.

The second lever is money.
Wealthy countries confirmed last week they failed to meet a 2009 promise to deliver $100 billion annually by 2020 in climate finance to help poorer nations cut their own emissions and build resilient systems to weather worsening storms, floods and other climate impacts.
That has stoked anger and mistrust among developing countries, and undermined rich nations’ requests that the developing world cut emissions faster – which would require huge investments to decarbonize everything from power plants, to factories, to transport and farming.

COP26 will need to produce a plan to make sure the $100 billion arrives. It will also start negotiations on a new climate finance goal for 2025 – and the rules to make sure rich countries cannot avoid delivering the money.
A bloc of the world’s most climate vulnerable countries are also demanding that Glasgow starts talks on financing for so-called “loss and damage” – money to compensate them for the spiraling costs of climate change, from crop failures to rising seas.

COP26 host Britain has also beckoned in the private sector, and is lining up pledges from banks and investors to push billions into clean investments and plug the gap left by wealthy countries’ lagging donations.

Analysts at Bernstein estimate that $2-4 trillion must be invested in low-carbon industries each year for the world to reach net zero emissions by 2050. Compare that with the $79.6 billion that rich countries offered poor countries in climate finance in 2019.

Economists increasingly agree that cost of doing nothing – and letting climate change unfold unchecked – would be far higher.

The third priority for COP26 is for negotiators from the nearly 200 countries that signed the 2015 Paris Agreement to finish the rules to implement the accord. That includes thorny discussions on carbon markets, how countries will set climate targets in future, and finance.

“Paris was the engagement party, but now we’re at the wedding, waiting to see if the key countries and corporations are ready to say ‘I do’,” said Greenpeace head Jennifer Morgan.
Reuters