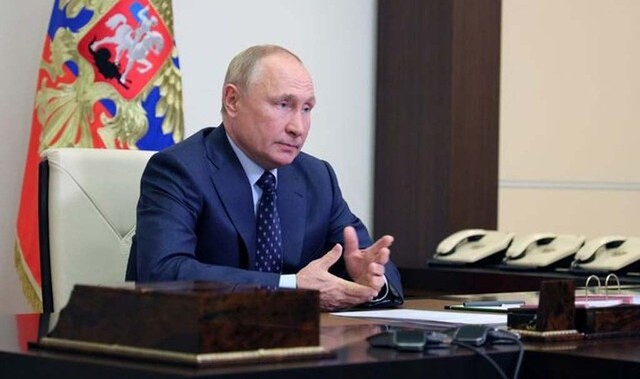 Russia will react to other countries’ attempts to break “strategic parity,” President Vladimir Putin said on Monday, referring to the global missile defence system being deployed by the United States and its allies.
Russia is concerned that an efficient missile defence will allow its Western adversaries to abandon the mutual assured defence doctrine that has for decades prevented nuclear superpowers from attacking each other.

“We know very well that some of our foreign counterparts will not stop trying to break this parity, including by means of deploying elements of global missile defence in close proximity to our borders,” Putin said at a meeting with military leadership and defence contractors.
We cannot ignore those threats to Russia’s security and will adequately react to them,” he said.

Putin also said the participation of US navy command ship Mount Whitney in NATO drills in the Black Sea was part of a trend toward greater Western military activity near Russia’s borders.

“We can catch a glimpse of it through binoculars, or through the crosshairs of matching defence systems,” Putin said.