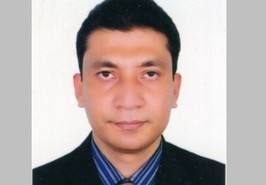 Ferdous lives at Firingi Bazar. He is also the chairman of Ferdous Enterprise. Baghdad Group is involved in export-import, transport, agriculture, seafood processing, IR, insurance and many other sectors.
Nayeem Bhuiyan, the lawyer for City Bank, said the Ferdous Enterprise chairman owes the bank over Tk 315.61 million. As he did not repay the loans, the bank filed a case in 2012.
He objected to the case through his lawyer but did not appear in court. Finally, an arrest warrant was issued for him on Oct 28 this year after the bank moved the Financial Loan Court.

Mujahidur Rahman, judge of Chattogram’s Finance Court, ordered the police to arrest the top loan defaulters on Tuesday as they remained at large even after the court issued arrest warrants for them.

The court issued 1,373 arrest warrants so far this year, but very few of the accused have been arrested, causing a delay in the disposal of the cases.