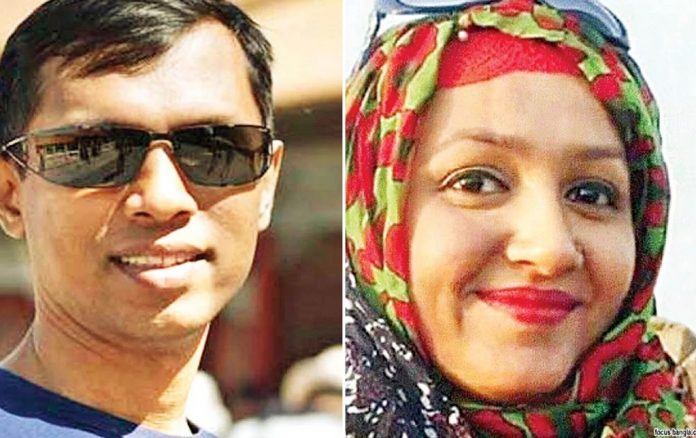 A Chittagong court has ordered a reinvestigation of the case filed by former superintendent of police (SP) Babul Akter in connection with the murder of his wife Mahmuda Khanam Mitu in Chittagong.

Chittagong Metropolitan Magistrate Mehnaz Rahman issued the order after a hearing on Wednesday.

The court also rejected a no-confidence petition filed by Babul Akter against the final report given by the Police Bureau of Investigation (PBI), Babul’s lawyer Sheikh Iftekhar Simul Chowdhury confirmed.

“We will appeal to the High Court against the order,” he said.

On October 14, Babul Akter had filed the no-confidence plea in connection with the murder of his wife Mahmuda Khanam Mitu.
Babul claimed that he was a victim of a conspiracy in the petition as he was made an accused in the final report on the case, which he had filed as a plaintiff.

On June 5, 2016, unidentified assailants gunned down Mitu at the port city’s GEC intersection while she was going to drop her son Mahir Akhter, 7, off on a bus of Chittagong Cantonment Public School and College.
Immediately after the grisly murder, investigators said militants might have settled scores against Babul as he had conducted several successful anti-terrorism drives.

However, they later said that professional killers had been behind the murder and that one Kamrul Islam Musa, alias Musa Sikdar, had hired them and plotted the murder.

Babul was in Dhaka at the time of the killing to join Police Headquarters after being promoted. Just before that, he was stationed in Chittagong.

He lodged a case over the murder with Panchlaish police station in the port city, accusing unidentified persons of the crime.

On May 12, Babul’s father-in-law filed a case hours after the PBI said evidence linked Babul to the murder of his wife Mahmuda Akter Mitu.
When Babul was taken to court the same day after being shown arrested in the case, the judge granted a five-day remand for his interrogation.

Babul has been in jail since his remand ended.