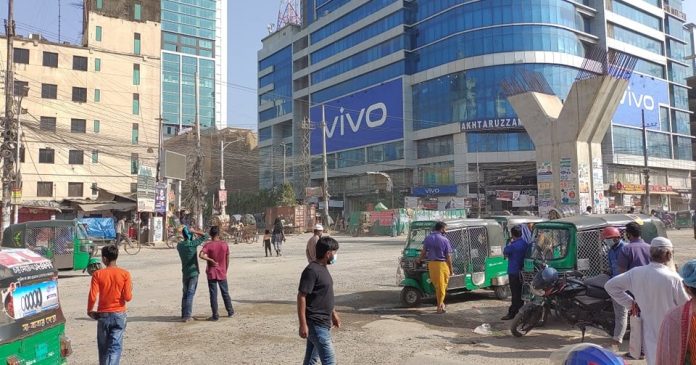 The strike will continue indefinitely until the BPC reverses its decision, says a transport leader

Transport owners and workers in Chittagong city have gone on a strike in protest of the recent hike in fuel prices halting the majority of bus and other public transport services since Friday morning.

The abrupt stoppage has caused huge sufferings to the daily commuters and long-distance travellers.

Many, not even aware of the strike, were forced to pay high fares to reach their destination by rickshaws or some other means.
On Wednesday, the government increased diesel and kerosene prices by Tk15 per litre — from Tk65 to Tk80 — in order to keep them in line with rising fuel prices in the global market.

The decision led the leaders of different cargo and public transport organizations around the country to meet and decide to stop operating vehicles until the new fares were declared or the price hike was revised by the authorities.

Belayet Hossain Belal, president of Chittagong Metropolitan Bus Owners’ Association, said: “Vehicle maintenance costs have shot in recent time and on top of that the hiked fuel prices now have transport owners backed up against the wall.”

The strike will continue indefinitely until the Bangladesh Petroleum Corporation (BPC) reverses its decision, he added.