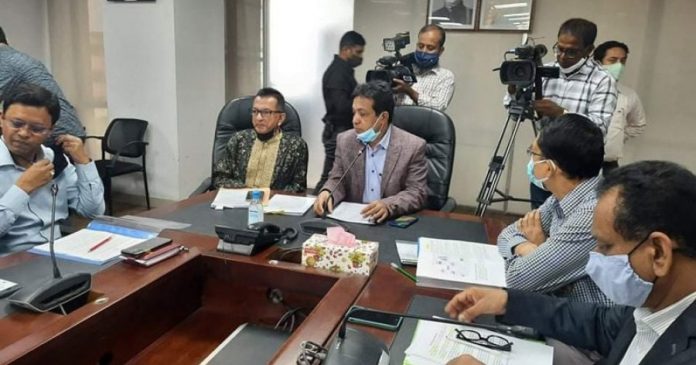 Intra-city and long-route bus fare will be Tk2.15 and Tk1.80 per kilometre respectively

Bangladesh Road Transport Owners Association has urged the bus owners to call off the ongoing strike as the government decided to increase fare for diesel-run buses and minibuses by 27% per kilometre.

The authorities sent the proposal to the ministry on Sunday following a meeting with the transport owners, amid a nationwide public and cargo transport strike that started Friday morning in protest against a recent hike in diesel price, according to media reports.
Following the decision to increase the fare, Enayet Ullah Khan, general secretary of the transport owners’ association, requested the local transport leaders to resume bus services from Monday morning.

They had asked for a 41% increase – by Tk2 per kilometre — in the long-distance bus fares.
On the other hand, BRTA officials proposed Tk1.82 and Tk2.10 per kilometre fare hikes for long route and intra-city buses, respectively.

Since 2015, the government-approved fare for buses, which operate inside Dhaka and Chittagong cities, was Tk1.60 per km and Tk1.80 per km for minibuses.

In 2016, the fare for long-distance diesel-powered buses and minibuses was set at Tk1.42.

On Wednesday, the government increased diesel and kerosene prices by Tk15 per litre — from Tk65 to Tk80 — in order to keep them in line with rising fuel prices in the global market.

In protest of the move, different associations of public and cargo transport owners and workers on Friday launched a strike for an indefinite period, inconveniencing commuters across the country.
They demand either a rise in fares or a reversal of the 23 percent hike in order to resume services.

On Saturday, passengers remained stranded at bus stands and scrambled to find alternate means of transport at hiked prices and at risk of their lives.
Much to the misery of commuters, launch owners on Saturday joined the nationwide public transport strike to protest rising fuel prices.

The launch owners demanded a 100% increase in fares to resume operations if the raised prices were maintained.

On Saturday, a section of leaders of transport workers and owners met Home Minister Asaduzzaman Khan Kamal but the meeting concluded inconclusively.

“We’ve decided to continue the strike until the decision of the fuel price hike is withdrawn or transport fare is readjusted,” said Additional Secretary General of Bangladesh Covered Van, Truck Owners Association Abdul Motaleb while talking to reporters emerging from a meeting with the home minister at the latter’s residence.
In 2015, the government revised the fare per kilometre travelled at Tk 1.70 for city service buses and Tk 1.60 for minibuses. The minimum fare was set at Tk 7 for city buses and Tk 5 for minibuses.

In 2016, the fare for long-haul diesel-run buses and minibuses was set at Tk 1.42 per kilometre.