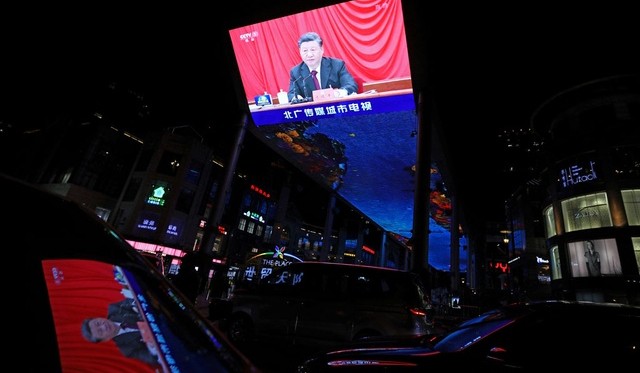 China’s ruling Communist Party approved a resolution on its history and achievements, the official Xinhua news agency said on Thursday, a measure seen as further consolidating the authority of President Xi Jinping.
The “historical resolution” came at the culmination of the sixth plenum of the party’s central committee, a group of about 370 members that chooses its new leaders every five years, which had run since Monday behind closed doors in Beijing.

The central committee decided that the lesson to draw from the party’s history was to stay steadfast in 10 areas, with the party leadership being the top priority, Xinhua said.

Ahead of the meeting, the measure was seen as strengthening Xi’s position, a year before he is expected to secure a precedent-breaking third term as party leader.
It was only the third such “historical resolution” since the party was founded in 1921. The earlier two, in 1945 and 1981, had the effect of consolidating the authority of leaders Mao Zedong and Deng Xiaoping, respectively.

Xi is widely seen as China’s most powerful leader since Mao.

A media briefing on the plenum is set for Friday.
Reuters