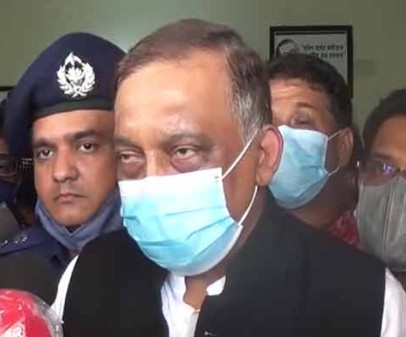 Law enforcers are not sitting idle, the minister says

Clashes are inevitable in the local polls, Home Minister Asaduzzaman Khan Kamal said on Thursday when the second phase of Union Parishad (UP) polls were underway amid fatal violence.

“A little clash does happen here and there between groups…[people take in these polls] to establish influence. But the law enforcers are not sitting idle,” he told reporters at the Secretariat.

He said that the law enforcers are doing their job properly in the second phase of the polls that opened in 835 union councils.

However, despite the minister’s claim of law enforcers being active in their jobs, incidents of violence marred the voting.
At least five people were killed and dozens others injured in polls violence in Narsingdi, Cox’s Bazar and Comilla as clashes broke out between supporters of rival candidates.

Voting began in 835 union councils at 8am and will continue until 4pm. More than 15 million voters are looking to cast their ballots to elect new representatives.

The violence in the run-up to the polls leaving more than two dozen people killed across Bangladesh continued on election day.