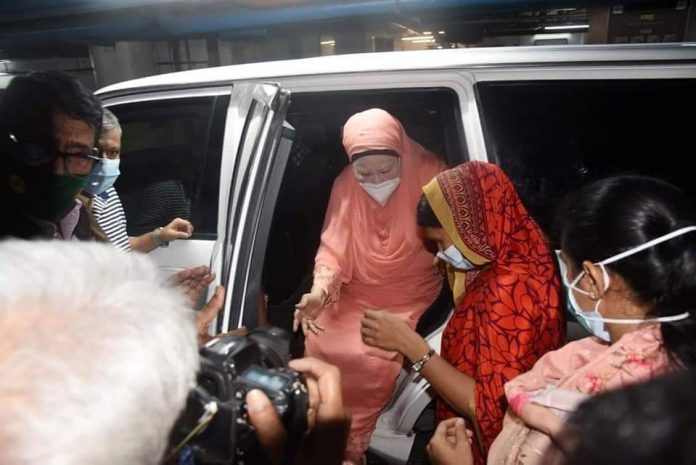 Six days after returning to home following a nearly two-month stay in hospital, BNP Chairperson Khaleda Zia is being taken to the hospital again on Saturday.

The former prime minister was scheduled be taken to the Evercare Hospital at Dhaka’s Gulshan in the afternoon, said Shaherul Kabir Khan of the BNP chief’s press wing.

“Details are not available at this moment. The doctors can say better,” he told media .

The Dhaka Metropolitan Police (DMP) has been notified about the matter.

Khaleda’s personal secretary ABM Abdus Sattar wrote to the DMP commissioner seeking security arrangement.
The 76-year-old was admitted to Evercare Hospital on October 12 as her body temperature had started fluctuating. Since her admission to the hospital, she has undergone several tests.

She has been suffering from various health-related complications including arthritis, diabetes, as well as dental and eye problems.

Khaleda underwent surgery after a small lump was found on her body on October 25.

She was discharged from the hospital on November 7.