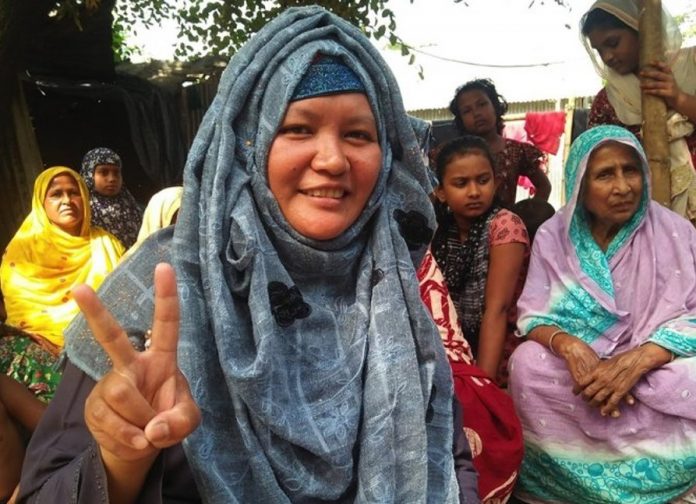 Inspired by her family and locals, Petriaka took part in the UP polls to win with 4,496 votes. Her closest competitor received 1,839 votes.

Petriaka completed her graduation in fisheries from Mindanao State University in the Philippines in 2008.
She then went on to work for a company in Singapore where she met her husband, Julhash.

The couple tied the knot in 2010 and Petriaka has since then been living in Fulbaria and became a Bangladeshi citizen.

“But I tried to learn slowly and now I more or less understand what everyone says,” she added.
Responding to queries on whether she had ever planned to take part in the polls, she said: “I never wanted to. But the people here love me and encourage me.”

Talking to the media about her hard work in the polls campaigns, she said: “I spent all day going from house to house every day. But winning made it all worth it. I’m extremely happy to be able to serve people.”

“She always tries to help people in some way or the other. She has unique leadership qualities,” Julhash said.

Meanwhile, a local Asia Akhter said that Petriaka is beloved throughout the village which is why people voted for her.

After her win, overjoyed locals took out rallies in the village as well as paid visits to her at her home.