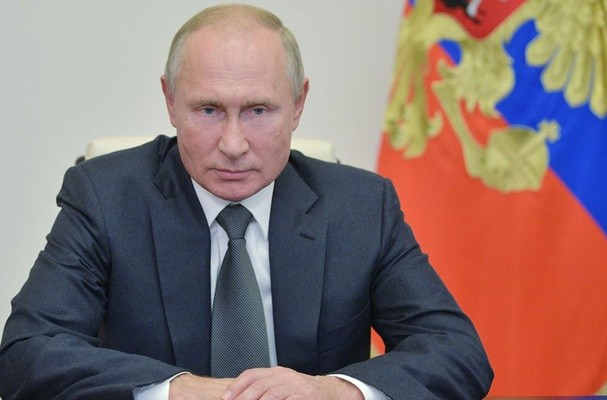 Russian President Vladimir Putin said on Saturday that Western countries, rather than Belarus, were ultimately responsible for a migrant crisis on the Belarus-Poland border, pointing to wars in Iraq and Afghanistan.
Russia is a key ally of Belarus, which the European Union has accused of mounting a “hybrid attack” by flying in thousands of migrants, mainly from the Middle East, and pushing them to try to cross illegally into Poland.

As the EU prepares to impose new sanctions on Minsk, Putin told Russian state television he thought Belarus was not to blame for the crisis.

“Let’s not forget where these crises with migrants came from … Is Belarus a pioneer in these problems? No, the reasons were created by Western and European countries themselves,” Putin said.

Referring to conflicts in Iraq and Afghanistan, Putin noted that Iraqi Kurds and Afghans were among the migrants at the Belarusian border.
Belarus has nothing to do with it … the fact they’ve come via Belarus is unsurprising because Belarus … has visa-free entry for the countries of origin,” Putin said.

He accused Polish forces on the border with Belarus of beating migrants, firing rounds above their heads and turning on lights and sirens at night near the migrants.

“This doesn’t really tie in well with the ideas of humanity that supposedly underpin all the policies of our Western neighbours,” he said.

Polish police said on Saturday that the body of a young Syrian man had been found in Poland near the border with Belarus. Belarus said the number of migrants arriving at a makeshift camp on the border was growing daily.