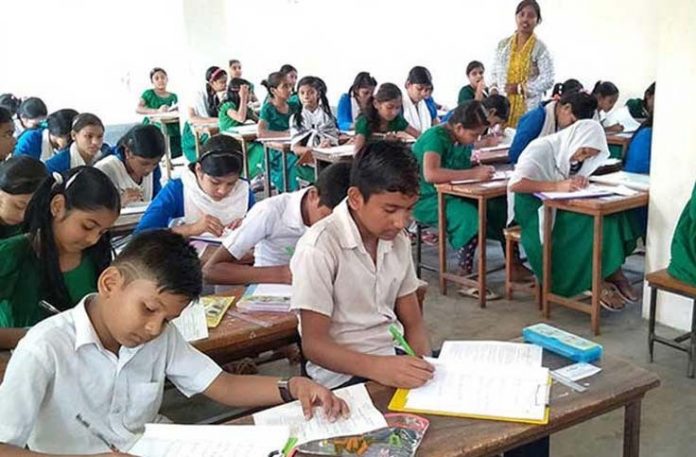 Authorities have taken extra precautions at test centres to protect the pupils sitting SSC examinations from COVID-19.
The first public tests at schools amid the pandemic are set to begin on Sunday.

Over 2.2 million students of 29,035 institutions have registered for the Secondary School Certificate exams to be held at 3,679 centres throughout Bangladesh this year.

SSC exams are usually held in February. Last year’s tests ended before the government ordered all the institutions shut after detecting the first coronavirus cases one and a half years ago.

The exams this year have been deferred by nine months as the number of deadly infections continued to soar. Classes were held online.

Officials later ruled out the possibility of automatically promoting the SSC candidates
Instead of tests, the results of Higher Secondary Certificate or HSC last year were based on the students’ performances in Junior School Certificate and SSC tests.

Finally the government reopened the schools and colleges for in-person classes in September after the pandemic ebbed. The daily test positivity rate has dropped below 1.5 percent now from 30 percent during the peak.

The government has decided to hold the SSC and HSC tests this year on reduced syllabuses of three elective subjects considering the setback caused by the coronavirus pandemic.

There will be no exams on the compulsory and fourth subjects, for which the students will be graded through subject mapping following an expert committee’s recommendation.

The exam period has also been cut to one and a half hours. The students must enter the centres half an hour before the exams.