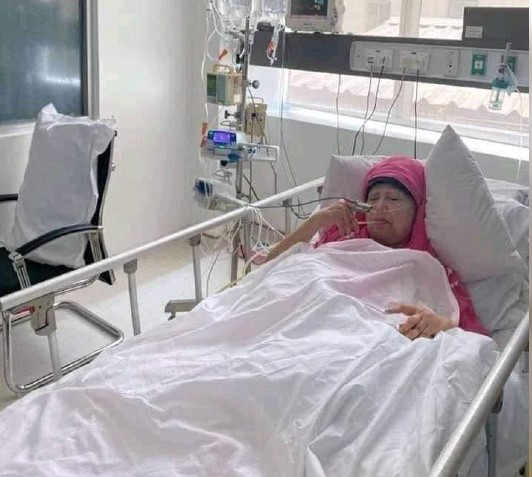 The former PM was readmitted to Evercare Hospital on Saturday, nearly a week after she was discharged

Another physician of the BNP chief’s medical team said wishing anonymity that she was taken to the CCU at 3am from a Cabin to keep her under close observation.

He said Khaleda was taken to the hospital as she was again suffering from intermittent body temperature and uncontrolled diabetes.

The physician also said the BNP chief was looking feeble after undergoing some blood and other tests before shifting her to the CCU.
He said the medical board formed earlier for Khaleda’s treatment assessed the reports of her some medical tests and prescribed medicines accordingly.

Earlier, on Saturday, the former prime minister was readmitted to Evercare Hospital for follow-up treatment, nearly a week after she was discharged from the same hospital.

The 76-year-old was admitted to the hospital as per the advice of the medical board, said Dr Zahid Hossain.
He said Khaleda underwent some medical tests at the hospital after her admission.

It is for the third time that the BNP chief was admitted to the hospital this year for various health complications.

On October 12, Khaleda was admitted to Evercare Hospital for the second time with fever and some other health complications.

She got back home on November 7 from the hospital after treatment for 26 days.

On October 25, the BNP chief underwent a surgery and biopsy test at Evercare Hospital as she had a small lump in one part of her body.

Later, her biopsy report was sent to the US and the UK for review and no sign of cancer was detected.
The BNP chief’s physicians said she has been suffering from rheumatoid arthritis, diabetes, ophthalmological and dental complications.

On April 27 last, Khaleda was admitted to Evercare Hospital with Covid infections. She received treatment there until June 19 for post-Covid complications and some other underlying health problems.