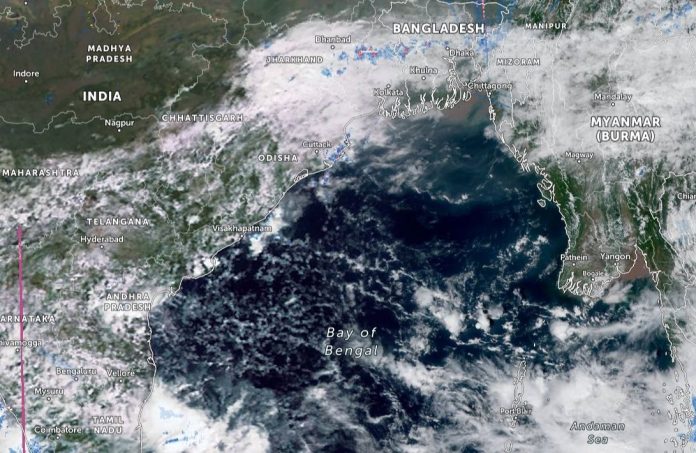 If any of the low-pressure areas intensify and turn into a depression, there is a looming danger of a cyclonic storm, says the Met office

Two regions of lower atmospheric pressure have formed in southwestern Bay of Bengal and south Andaman Sea, which may intensify and turn into cyclone “Jawad”.

Moreover, light to moderate rainfall is expected to continue in some areas in Rajshahi, Khulna, Barisal, Chittagong, Mymensingh, Dhaka and Sylhet divisions till Sunday afternoon, according to the Met Office.

According to Meteorologist Bazlur Rashid, the low-pressure areas in the Bay of Bengal may turn into a depression by Monday, but it is likely to pass over India.
If any of the low-pressure areas intensify and turn into a depression, there is a looming danger of a cyclonic storm according to the long-term forecast of the Bangladesh Meteorological Department (BMD). The next cyclone is called “Jawad”, as named by Saudi Arabia.

The cyclone — expected to form in the Bay of Bengal between Monday and Tuesday — may make landfall on the coasts of India from Thursday-Friday and also hit the Sundarbans and adjacent areas, Indian media outlets quoted the country’s met office as saying.

Earlier, cyclones “Gulab” and “Yaas” wreaked havoc in India in September and May, respectively, this year.