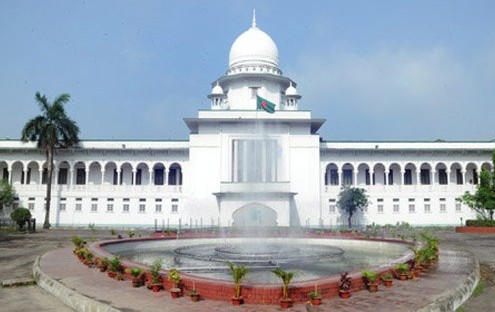 The Ministry of Law, Justice and Parliamentary Affairs has been made a defendant in the writ application

A writ petition has been filed with the High Court seeking annulment of two provisions of 1872 Evidence Act that allow for the victim’s character to be questioned in a rape case.

The Ministry of Law, Justice and Parliamentary Affairs has been made a defendant in the petition which seeks the annulment of sections 155 (4) and 146 (3) of the colonial-era law.
The petition will be presented in the High Court bench of Justice M Enayetur Rahim and Justice Mohammad Mostafizur Rahman for hearing.

Section 155 (4) states that when a man is prosecuted for rape or an attempt to ravish, it may be shown that the prosecutrix was of generally immoral character.

The provisions came under the spotlight after the acquittal of Apan Jewellers owner’s son Shafat Ahmed and five others in a case filed over the alleged rape of two university students in Banani’s Ranitree Hotel four years ago.
Rights activists have argued that the provision in the Evidence Act allows for the defence to prove the plaintiff characterless in a rape trial.

Law Minister Anisul Huq said on Friday that the government has decided to scrap Section 155 (4) of the Evidence Act.

The amendment bill for the law is likely to be tabled in parliament during the session in January, he told the BBC Bangla on Friday.

“In addition to scrapping this provision, we have taken the initiative to amend a few other provisions,” the minister said.

The amendment bill for the law is likely to be tabled in parliament during the session in January.