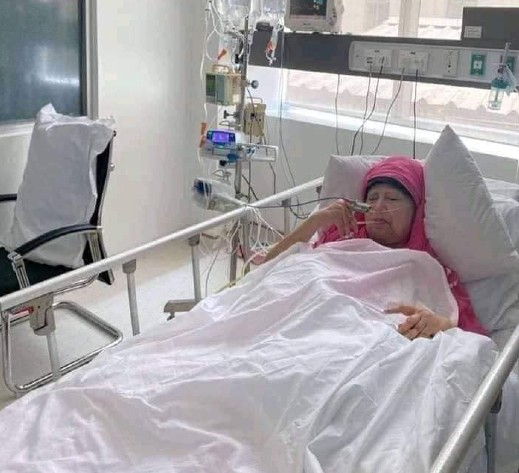 People will give a befitting reply if the government does not shun its “inhuman and cruel” attitude against the BNP chief, says Rizvi

BNP on Wednesday said the government has the authority to allow critically ill Khaleda Zia to go abroad for advanced treatment anytime.

“The government can permit such a critically sick leader like Khaleda Zia [to go abroad] anytime. We still call upon the government to allow her to go abroad for better treatment,” said the party’s Senior Joint Secretary General Ruhul Kabir Rizvi.

Speaking at a doa mahfil, he also turned down Law Minister Anisul Huq’s remark that the BNP chief has to go back to jail for making a fresh application to go abroad.

“Is there any such provision in any law [that she needs to return to jail for a fresh application]? You’re lying and repeating the same thing,” Rizvi said pointing at the law minister.
Jatiyatabadi Samajik Sangskritik Sangstha arranged the program on the ground floor of BNP’s Naya Paltan headquarters seeking divine blessings for the speedy recovery of Khaleda.

Rizvi said current Prime Minister and then opposition leader Sheikh Hasina and then Awami League general secretary Abul Jalil went abroad for treatment during the rule of Fakhruddin-Moyeenuddin after the 1/11 political changeover.

He said another politician ASM Abur Rob also went abroad from jail for treatment. “There are many such examples.”

The BNP leader described the law minister as a “cruel man”, and said he played many things against Khaleda “using” the court to appease Sheikh Hasina.

“No one in the world has done such bad things as the law minister. The prime minister and the law minister take pleasure in seeing the suffering of the BNPchairperson. This is why he wants to make Sheikh Hasina happy by giving references of all kinds of inhuman laws against the BNP leaders,” said Rizvi.

He warned that people will give a befitting reply by taking to the streets if the government does not shun its “inhuman and cruel” attitude against Khaleda.

Khaleda, the 76-year-old former prime minister, was readmitted to Evercare Hospital on November 13, six days after she had returned home from the hospital.

On behalf of the family, Khaleda’s younger brother, Shamim Iskander, submitted an application to the Home Ministry on November 11 urging the government to allow her to go abroad for better treatment.