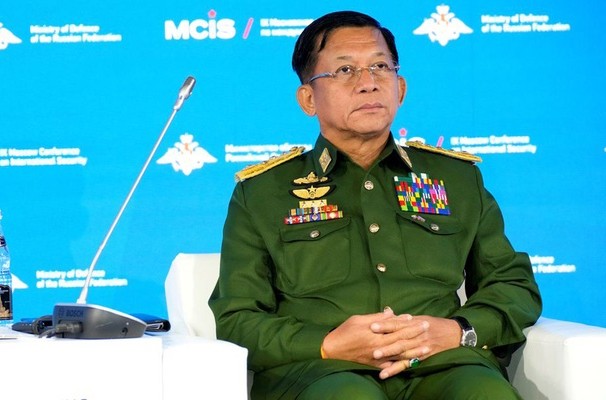 A Chinese envoy has lobbied Southeast Asian nations to let Myanmar’s military ruler attend a regional summit being hosted by China’s president next week but has met stiff opposition, diplomatic sources said on Thursday.Myanmar’s standing as a member of the 10-country Association of Southeast Asian Nations (ASEAN) has been thrown into the spotlight by a Feb. 1 coup, when its military ousted the elected government of Nobel laureate Aung San Suu Kyi, sparking bloody turmoil.

Several ASEAN members, dismayed by the return of crisis and the suppression of democracy in Myanmar, have sought to press its generals by excluding them from ASEAN meetings.

In an unprecedented decision last month, ASEAN leaders blocked Myanmar’s military chief, Senior General Min Aung Hlaing, from an ASEAN summit after he failed to honour pledges to allow an ASEAN envoy to meet lawmakers overthrown in the coup.

Instead, ASEAN leaders said a non-political figure from Myanmar should be asked to attend. In the end, Myanmar was not represented.

Four diplomatic and political sources in the region said Indonesia, Brunei, Malaysia and Singapore wanted Min Aung Hlaing to be banned from a Nov. 22 China-ASEAN meeting being hosted by Chinese President Xi Jinping.

“Malaysia, Indonesia, Singapore and Brunei have agreed to maintain the same position as the ASEAN summit,” said a government source in an ASEAN country who declined to be identified, referring to the demand that Myanmar be represented by a non-political figure.

Indonesian foreign ministry spokesman Teuku Faizasyah, confirmed its unwavering stand on the non-political figure, referring to the “wisdom” shown by leaders before the October summit.
Indonesia is consistent in its position on who should represent Myanmar in the forthcoming leader’s summit,” Faizasyah said.

Indonesia has been among the most outspoken of the ASEAN critics with its foreign minister, Retno Marsudi, stating that Myanmar should not be represented at the political level until it restores democracy.

Malaysia’s foreign ministry declined to comment. The foreign ministries of Singapore, Brunei and Vietnam did not immediately respond to requests for comment.

China’s foreign ministry did not immediately respond to requests for comment but on Tuesday, its spokesman, Zhao Lijian, said China supported all parties in Myanmar in seeking political settlement through dialogue and would work with the international community on efforts to restore stability and resume democratic transformation.

Myanmar’s military government did not respond to a request for comment.

A regional diplomat briefed on China’s lobbying effort said its Special Envoy of Asian Affairs Sun Guoxiang visited Singapore and Brunei last week but was told that Ming Aung Hlaing could not participate in the virtual summit.
Sun, faced with the ASEAN opposition, then told Min Aung Hlaing at a meeting in Myanmar’s capital of Naypyidaw on the weekend that China had to accept the ASEAN stand.

ASEAN has for decades been known for its policy of engagement and non-interference but Myanmar’s coup has changed that.

In April, ASEAN brokered a five-point plan at a special leaders’ summit, which Min Aung Hlaing attended, that included pledges to end violence and allow an ASEAN envoy to start dialogue with “all parties”, including ousted lawmakers.

Myanmar has not followed through, saying it has its own “road map” to new elections.

Myanmar’s junta chief could still make an appearance at the summit.

Myanmar is China’s co-ordinating country for ASEAN this year, meaning it helps facilitate its interactions with the bloc.

“Typically, the coordinating member will set up everything, such as the virtual links and so on,” said one source. Myanmar, the source added, may use this role to “slot in” Min Aung Hlaing, even if other ASEAN countries objected.