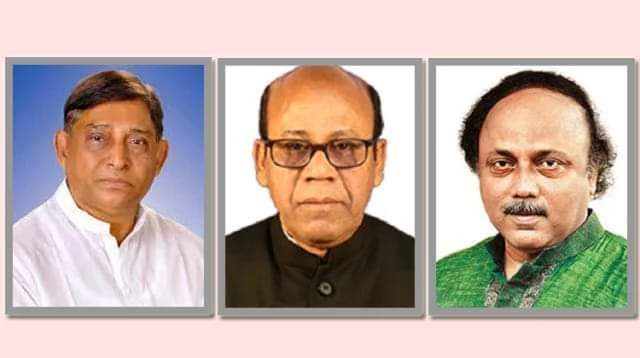 Sheikh Hasina made the decision while chairing a meeting of the party’s Central Working Committee at Ganabhaban on Friday evening.

The posts had been vacant after the deaths of former health minister Mohammad Nasim, former home minister Sahara Khatun, and former law minister Abdul Matin Khasru.
Maya and Kamrul have both led Dhaka city unit Awami League for a long time and were the members of cabinet.

Khairuzzaman Liton has been serving as the president of Rajshahi city unit Awami League. He is the son of AHM Qamruzzaman, one of the four national leaders killed in 1975.

When contacted, Awami League General Secretary Obaidul Quader told reporters that he was not aware of the decision. “They will get the party’s official letter,” he added.

The meeting also expelled Gazipur metropolitan unit general secretary and city mayor Jahangir Alam for his derogatory remarks on Bangabandhu and martyred freedom fighters, an allegation that he termed a conspiracy against him.